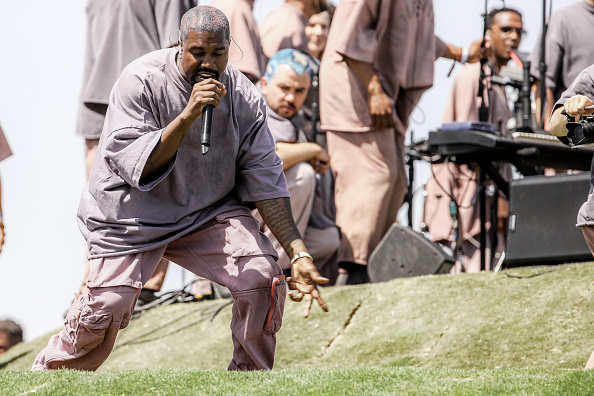 While Easter Sunday compelled believers to feel holy and anointed, many attendees at the church service offered by Kanye West ended up wholly disappointed. Through the gathering, held in conjunction with the Coachella Valley Music and Arts Festival, fans had the opportunity to purchase Kanye’s “Sunday Service” merch. And while the communal nature of the celebration likely left the masses with a sense of camaraderie, the steep costs of the goods left a few wondering if something had possessed the singer’s sanity. For example:

A look at the Kanye West’s Sunday Service #Coachella merch.

The 41-year-old superstar has made his religious beliefs quite apparent, especially through his single “Jesus Walks,” and that connection to his faith also gave people pause, with a few finding his decision to hawk products on the holiday rather brazen. Those who chose to overlook that element of his affinity for capitalism would not issue a pass to some of the price tags for the performer’s merch options that booths boasted of as being “church clothes.” A Bustle compiled a whole bunch of social media-based criticisms of the festival products’ going rates, with one unhappy Twitter user declaring that “Kanye needs to go up for prayer” over charging $50 for “some damn socks.”

As anyone who has attended enough shows knows, merchandise expenses can prove to be the very definition of exorbitant. So, given that and the nature of the Coachella festival, which another Twitter user described as being particularly appealing to “influencers and rich kids,” the costs should not be that shocking. They are, however, because, well, the products are pretty dull. That might be a reflection of some desire by West not to be too flashy, if he is trying to be mindful of the thinking that religious attire need not be showy, but even if that is the case, would that not inspire him to make them bargain items, regardless of what his take would be?

U do realize the demographic of Coachella is influencers and rich kids right? They're the ones buying this stuff. They'll be fine.

We do not hold against individuals their freedom to make money off promotional products or attire. But the items’ designs do not seem to justify the prices, especially that of the “pretty basic hoodie” that he charged $225 for end-users to snag.

Billboard Magazine looked at the line of merchandise, too, straying from mentioning critiques of the goods’ existence or costs, but noting that the products “won’t be shipped out for another estimated four to five weeks.”

When they reach West’s congregation, if you will, we wonder how many fans will have buyer’s remorse, how many will hope for a second coming of goods for next year’s Coachella event and how many will be happy that they saved their money by not buying anything except for the lyrical content that the singer proclaimed during his Sunday set.