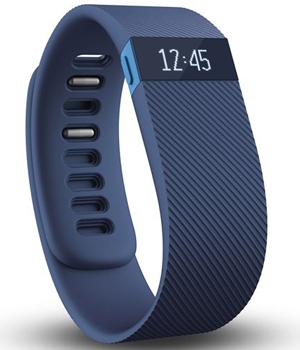 Most of the time, Fitbit wearable fitness trackers are used to incite family step competitions or to monitor sleep quality. It seems unlikely that such a device could ever aid in saving someone’s life, except it did: A 42-year-old New Jersey man is thanking his Fitbit for saving his life after a seizure. The man was taken to the emergency room where medical staff noticed he was experiencing an unusually fast heart rate, but were not sure if this was a chronic condition or a direct result of the seizure. It was then that the medical staff decided to check the patient’s Fitbit. As a result of the information they found, they ultimately decided to reset the man’s heart using an electrical cardioversion.

Without the Fitbit’s provided data, the medical staff would have had to guess the man’s medical history, a decision which could have resulted in fatality. The Fitbit indicated that the man’s heart rate was between 70 and 80 beats per minute, thus proving the 140 to 160 beats per minute he was experiencing in the emergency room were a result of the seizure.

And this isn’t the first time a Fitbit was attributed to a life-saving decision. A student noticed her heart rate reached a dangerous level on her Fitbit and was rushed to the hospital. Upon arrival, doctors learned she had a heart condition that required urgent attention.

Wearable fitness trackers are already everywhere thanks to the growing popularity of health and fitness trends. However, the fact that they can aid in saving a user’s life is definitely an added incentive to slap one on your wrist.

Consider gifting your clients and employees with a fitness tracker, and they’ll thank you later.