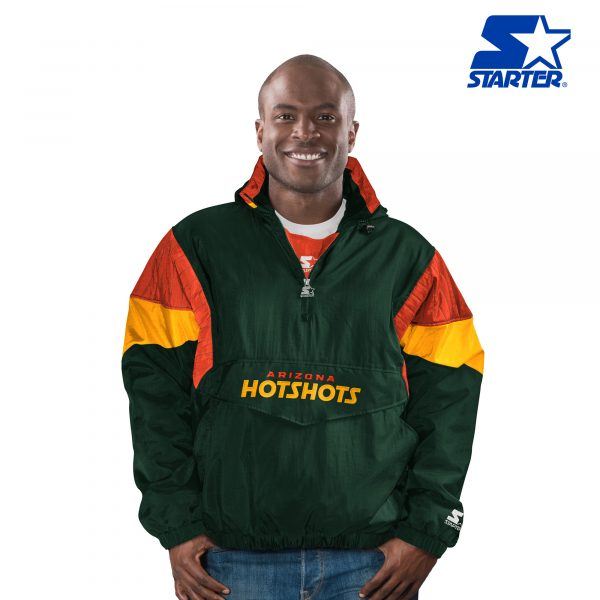 The AAF: What's Right (and Wrong) With the New Football League's Promotional Marketing

Dear readers, I have a new obsession: The Alliance of American Football. In case you haven’t fallen into the AAF life yourself, it’s basically a minor league for the NFL. The league, co-founded by Charlie Ebersol and NFL executive Bill Polian, consists of eight teams, including the San Diego Fleet and the Orlando Apollos. Games occur every Saturday and Sunday, and I cannot stress enough how much I’ve been enjoying the hype.

Admittedly, it was not my choice to become an AAF spectator. Through peer pressure, I was pushed to pick a team alliance on the spot, based purely on logo. I went with the Salt Lake Stallions, a decision that hasn’t exactly paid off given the team’s current 1-2 record. But I stand by the fact that the team’s logo and branding are amazing, so in the event that I go so far as to purchase a T-shirt, I will sport it proudly.

The AAF has garnered quite a fan base, with 20,019 fans showing up to the Fleet’s first home game in San Diego. Not to mention, there are active communities on Twitter and Reddit.

Now that I’ve fully immersed myself in the AAF life (aka finally learned the name of the Stallions’ quarterback), I feel that there’s no better time to take a look at the promotional marketing efforts behind the league. There are some lessons to be learned for promotional apparel suppliers and distributors in what the league is doing right—and wrong.

Granted, not every logo in this league is a home run (or, touchdown, I guess). But, for the most part, the league pulled out all the stops in the design process, including bold color schemes and hidden letters. They’re fun, eye-catching and, quite frankly, make me want to buy a whole bunch of branded apparel.

If the AAF does nothing else, at least it brought back the Starter jacket… @ClayTravis pic.twitter.com/eYSxw9ckRJ

It’s been awhile since I’ve seen a Starter logo, but that’s the official supplier for the uniforms and sideline apparel. Rather than just outfit the coaching staff in basic hoodies, the AAF created some throwback styles that have gotten a lot of attention. They’re retro ’90s looks in vibrant color-ways, and the best part is they’re available for purchase.

What’s nice about the AAF is that there is a true connection to the fans. We’re a part of the officiating process, which means we get to hear the referees commentary as they review plays (it’s more exciting than it sounds, and admittedly a little funny). It makes me feel more involved in the process than when I’m watching an NFL game. From a marketing standpoint, I appreciate the connection to the fans and the behind-the-scenes action.

For the most part I like the AAF uniforms, but there have been some questionable decisions. For the second weekend’s set of games, there was a matchup that never should have existed. It was basically blue jerseys vs. purple jerseys, which you can imagine was very confusing for viewers. For promotional merchandise, context should always be considered. Individually, these uniforms are great, but when thrown into the game, it was unsuccessful.

This is my least favorite part of the AAF, and sometimes I feel like I’m screaming into the void with my disdain. Who green-lit these referee uniforms? They’re unflattering and seem to accentuate all the wrong features. This was a perfect opportunity to have some fun and create a cool design, but there’s nothing worse than an unflattering fit.