Amazon Really Went All Out on 'Marvelous Mrs. Maisel' Promos

Called “8 Marvelous Nights of Hanukkah,” the event worked hand-in-hand with the restaurant Mishiguene. According to Forbes, it featured food tastings and plenty of promotional giveaways like pink “Maisel”-themed menorahs, tying in with the main character’s Jewish family, which plays a prominent role in the show.

In that same category, Amazon worked with Maxwell House Coffee for a show-inspired Haggadah for the Passover seder meal. Maxwell House reportedly has been distributing Haggadahs for 80 years, and said its the country’s longest-running corporate promotional product, per Forbes. Forbes also reported that it’s also the most widely-used Haggadah in the world. 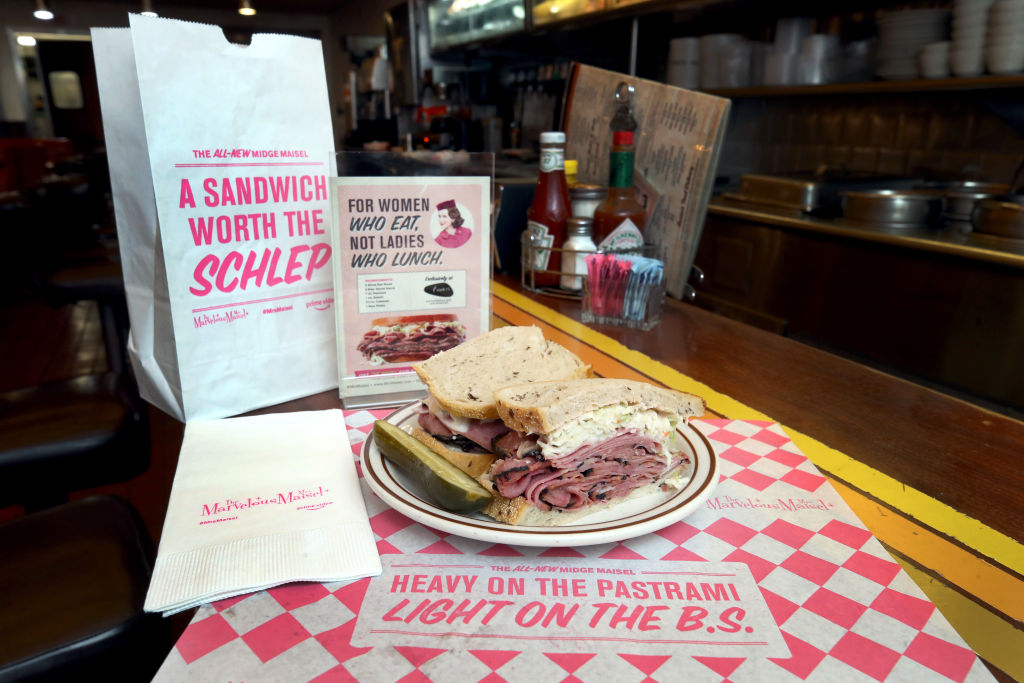 This latest season saw Midge Maisel traveling on tour, spending a good chunk of time in Miami. So, naturally, Amazon went the extra mile and worked with the Fontainebleau hotel in Miami Beach (where part of the show was filmed) to create “The Marvelous Stay Room Package” last month, where guests can “live like Midge” with a pack of promotional products like a branded bag and other gifts.

Amazon is also selling a “Maisel” version of the Game of Life board game.

“Imagine making it big in the Big Apple as you move through life’s ups and downs,” the product’s Amazon description says. “You could end up at a million-dollar townhouse or a dumpy basement apartment. Make it as a stand-up: if you take a chance and give up all your money trying to become a famous comedian, you just might instantly win the game.”

Since the show was renewed for a fourth season, there will be plenty of Maisel promotions in the future, as the show has cemented itself as one of the crown jewels of Amazon’s streaming service. Jennifer Verdick, head of promotions and synergy at Prime Video, told Forbes that the team is exploring future promotional campaigns like gifts, home decor, fashion, accessories, and a book of the show’s fashion and costumes.