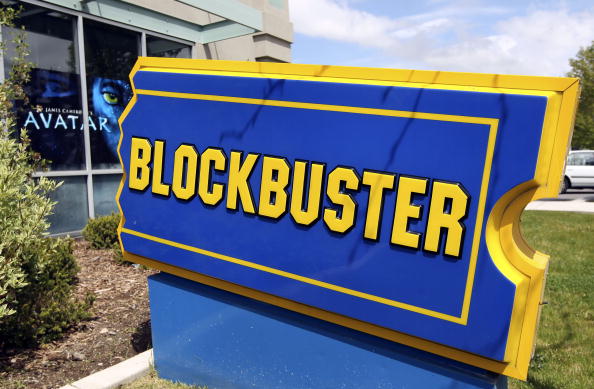 The decline in importance or outright disappearance of certain 1990s cultural icons will never sadden us, but we will likely continue to hold a very special place in our hearts for Blockbuster Video. Having experienced a rapid lack of support as the 21st century commenced—due to a host of factors including video-on-demand services—the all-but-defunct video rental store is going to be receiving a sequel, so to speak, through a Soho-situated pop-up store set to open tomorrow.

Thanks to the lifestyle and streetwear brand Dumbgood, New York will make a great spot to be for those who are eager to engage in a little figurative rewinding, as the store will, according to TimeOut, feature “graphic fleece sets, long-sleeved rugby polos, logo embroidered T-shirts, a two-tone mini-sling backpack, a reusable Blockbuster VHS tote, ‘Be Kind, Rewind’ tube socks, VHS iPhone cases, coffee mugs and Nalgene water bottles.” We are going to be completely honest by saying that we wish that list had run a few items longer, such is the fondness that we have for Blockbuster Video.

We have seen a surplus of eateries feast on end-users’ enthusiasm for branded merchandise, but those businesses have not been alone in securing merch-based glory, as entertainment-centric novelty goods have worked their way into the overall promotional products story. Though changes in watching habits led consumers to call “Cut!” on Blockbuster Video, the entity will likely prove a, well, blockbuster boon to the world of branded merch, with items ranging from $12 to $368. Dumbgood is carrying a few of the items on its website, so for those who cannot visit Manhattan between tomorrow and December 15, the internet will have to suffice.

Many branded apparel and merch concepts that we have addressed have had their releases to mark special occasions or anniversaries, with other lines being a general way to encourage a good time among end-users. This Blockbuster pop-up store belongs to the latter, as there is no anniversary surrounding it or timely reason for its existence. It appears, then, that Dumbgood and Blockbuster just want to return us to another era, even down to the design of the store, which Nylon notes “replicates the iconic interior of your favorite ’90s video rental spot with shelves of classic VHS tapes, packaged candy and popcorn, an Insta-worthy VHS wall, and, of course, Dumbgood’s signature streetwear-meets-pop-culture merch.”