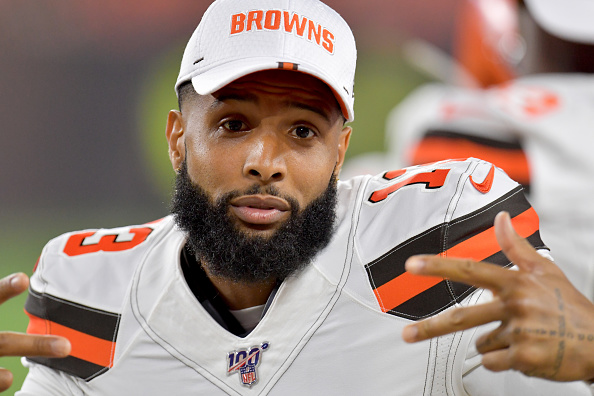 For the first time since 1989, when they lost to the Denver Broncos in the AFC championship game, it’s a great time to be a fan of the Cleveland Browns. After years of futility, the Ohio franchise—coming off a 7-8-1 season in which it snapped a 19-game winless streak—has returned to contender status. And, to celebrate, Bud Light is bringing back a popular promotion from last season: “Victory Fridges,” the beer-filled promotional refrigerators that would “unlock” once the Browns finally notched a win. Come Sept. 3 and 4, Bud Light will team up with the Browns to hawk the branded fridges to rabid fans through a pop-up shop creatively dubbed B.L. & Brown’s Appliance Superstore.

We asked for more fridges and @BudLight gave us more fridges. Get yours on September 3rd. pic.twitter.com/1uv8M8HuR2

We here at Promo Markit had a great time last year in rooting for the Browns to break their losing skid, and football pundits now expect them to contend for this year’s AFC North Division crown. The current cover boys for Sports Illustrated, the gridiron hopefuls will field an exciting roster bolstered by the addition of All-Pro wide receiver Odell Beckham Jr. And Bud Light, which last year, one could say, enacted the Victory Fridges promo out of playful pity, seems likewise in their corner, as purchasers of the items will probably revel nine or 10 times this campaign. Yes, folks, that’s right, we are saying that the Browns, who mustered one win combined over the 2016 and 2017 slogs, will secure a winning record and make the Victory Fridges a regular part of fans’ fall Sundays.

The promotional beer refrigerators, ranging in price from $199.99 to $599.99, will combine with redemption codes for discounted brews to give end-users an extra form of vested interest in their heroes. The fridges will also play the all-important role of brand builders and make Bud Light even more of a mover and shaker in the promo world, especially in the pop-up shop realm. Kudos should go to the company, too, for again tapping into the zeitgeist, as the Browns, who will be relying on Beckham to establish a great relationship with Baker Mayfield, are no longer doormats that teams can expect to throttle by at least two touchdowns. As the season unfolds, odds are that clinks of beer bottles will couple with calls of “Touchdown Browns!” to help Cleveland fans finally get over LeBron James.