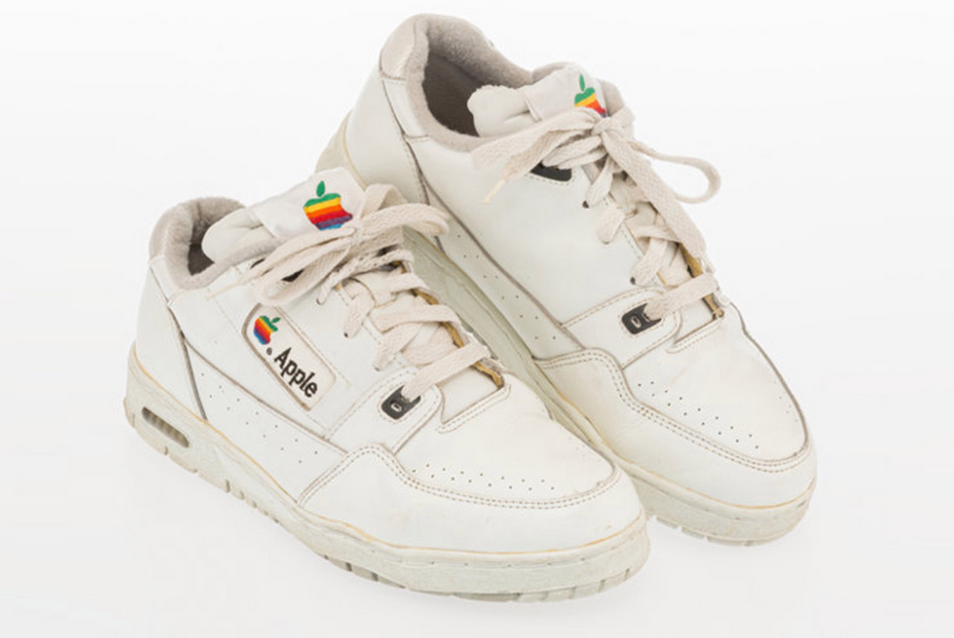 Check Out These Promotional Shoes Apple Gave Employees in the 1990s

As everyone contends with the effects of the COVID-19 pandemic, we’re pretty sure that not many people are throwing around the term “disposable income” too often. However, someone appears to have an abundance of bucks, as an individual bid $9,687 for a pair of promotional shoes that Apple distributed to employees three decades ago.

It is obviously quite common for companies to add logos to office items for hires to make their affiliation with the business quite visible. This gesture usually comes via stationery goods, but back in the 1990s, when Apple was solidifying itself as a Big Tech force, it wanted to step out from the norm, gifting the kicks to workers.

Thanks to ties with Heritage Auctions, the company, set to turn 44 on April Fools’ Day, allowed bidders to have a nostalgic product add a bit of novelty to their lives. Adorned with the rainbow logo that Apple used from 1977 until 1998, the promotional shoes scored interest from 20 bidders, with the winner plunking down nearly five figures to travel back in time. We wonder if the buyer wears a size nine-and-a-half sneaker, or if he or she simply wanted to show adoration for Apple. Whatever the case, the individual has acquired a piece of history.

As for Apple, the idea to give branded sneakers to its workforce might sound puzzling at first, because the company makes its fortune outside of the footwear world. But it is that out-of-the-box thinking that likely struck bidders as an innovative way to build brand awareness. After all, as Art News reported, the shoes inspired Versace to produce a prototype based on them two years ago, so Apple must have proven original enough to merit that recognition from an apparel titan. Maybe, and this is pure guesswork, Apple made the distribution as a symbolic way to show that it and its employees were going places in the tech world. Who knows?