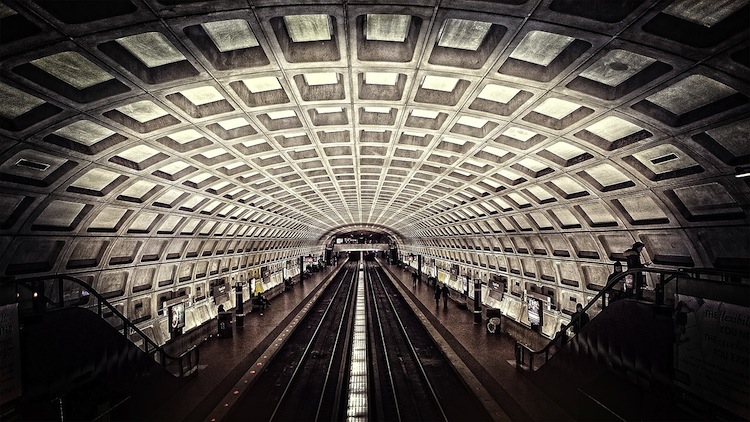 DC Rail Network's Merch Shop Is Kind of a Disaster

Earlier this month, the internet was dragging Washington, D.C.’s Metro rail system after it opened a branded merchandise shop. Twitter users and major newspapers alike shredded the hapless public transportation agency, pointing to its chronic delays and desperately dilapidated infrastructure and asking why anyone would spend their hard-earned dollars to rock the capital “M” logo on T-shirts, mugs and other Metro gear.

It was easy to write off that bit of early bad press as opportunistic haters pouncing on an organization that walked right into the joke. (Remember, the internet hates everything.) But, we’re here to tell you that, no, two weeks after its grand opening, things are actually still going very poorly for Metro’s merchandise store. Maybe worse than before.

Here’s a snippet from The New York Times that really tells the story:

“I appreciate the sense of humor” of the venture, said Arielle, a 27-year-old federal employee who declined to give her last name because she was shopping during work hours. She laughed at the yoga pants printed with “Foggy Bottom,” a Metro stop near the State Department, but said, “I’m not sure it’s a brilliant idea to walk around D.C. with that on your pants.” Instead she chose a “Stress Reliever,” a squeezable foam replica of a railcar, for $6.95. “Those aren’t available,” the clerk told her.

Arielle rolled her eyes: “That is so Metro, to be out of stress relievers.”

And here’s a short video of the store’s grand opening, uh, party:

Hey @wmata store can I buy some of this standing room to take on the train? @unsuckdcmetro pic.twitter.com/Du6nmV6HjZ

Again, Metro’s store, dubbed “M Shop,” just opened, and as any business owner will tell you, openings rarely go as planned. There are always kinks to be worked out, inefficiencies to make more efficient, etc.

But few businesses have the deck stacked against them the way M Shop does—it was always going to be an uphill battle to win over shoppers (and the internet) given Metro’s historically poor standing with riders. And these early hiccups aren’t doing it any favors.

Take, for example, what may be the most impersonal shopping experience ever conceived. Again, via the New York Times:

Making matters worse, M Shop customers must stand in a queue that leads to a gate that leads to a row of ticket windows behind bulletproof glass. Shoppers make choices from a 35-page catalog, but they learned that items on half of the pages were available only online. A staff member relayed the order to other workers in a storage area, who schlepped the goods to the ticket windows, where payment was made through a slot and a feedback-prone intercom. Purchases, packed in a shiny Pop Art shopping bag, were delivered through a door in the barrier.

That sounds more like how it’d go at a seedy back-alley pawn shop, not at a store conceived in part to rehab Metro’s ailing public image. Security of staff and inventory is good, especially in a subway system, and especially in Metro, which despite a relatively low crime rate for most of the decade has seen a sharp spike in recent years. But the current shop system sure seems inaccessible for curious riders who may just want to pop in to browse the selection of Metro map T-shirts and DC Metro train engineer costumes.

While the dunkathon has continued apace on Twitter, it will surely die down as outrage over Metro’s merchandise shop gives way to the usual outrage over chronic delays and poor rider experience. We just hope that, for Metro’s sake, the shop gets things sorted out soon.

And, guys, Arielle had a point: Maybe rethink those Foggy Bottom sweatpants.