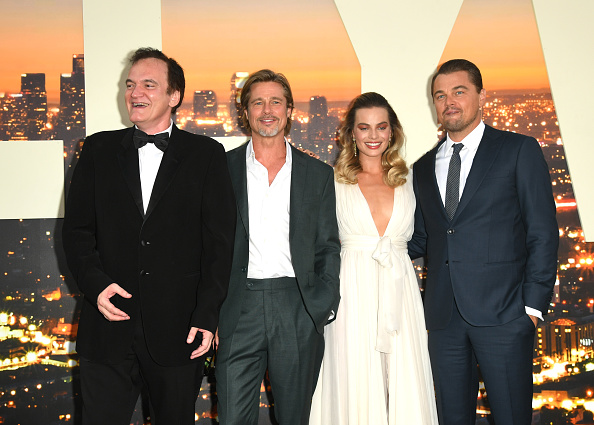 Brad Pitt has honed a can-do-no-wrong identity among his fans for nearly three decades of stardom, so when “Once Upon a Time in Hollywood” debuted on Friday, nobody needed to belong to Mensa International to predict that the film would be a hit. It is easy to suppose that the award-winning actor will give a good turn in every role, but it is a logo T-shirt that he dons and not the lines he delivers that has many people going crazy when watching the Quentin Tarantino dramedy.

Fakes abound, but there's an easy source for a legit version. https://t.co/yAUGOXWuqr

The 1969-set movie will likely become yet another cash cow for the writer/director, but he and the cast and crew will not end up as the only folks with some impressive bucks to their names. Esquire notes that the Champion logo T-shirt that Pitt rocks has become a sensation, with white and black versions giving people a chance to tout the 112-year-old auto parts brand. The men’s fashion and lifestyle publication explains that knockoffs have looked to tend to end-users’ steady infatuation with the garment but also puts minds at ease with an update that the white variety—once relegated to you-missed-out status on Buyfmgear.com—is now available again.

White, black, green, pink, whatever—the shirt is a must-have not only because it boasts a “winning” example of text and a comfortable design, but also because draws attention to a company that, despite its longevity, might not exactly be a household name. Spark plugs aren’t exactly as compelling a product to pitch as, say, a smartphone accessory or custom socks, so the brand awareness that the shirt’s placement in the movie provides could provide a nice boost to Champion’s industry clout.

Time and time again, promotional products prove that end-users are impressionable, and since Pitt is a box office draw, the buzz that surrounds the logo T-shirt should not surprise anyone. After all, not just anybody can claim People’s Sexiest Man Alive crown twice. The actor’s appeal aside, let’s give some credit to the T-shirt as a great commodity.

While Champion has its roots in the early 20th century, the movie’s late-1960s action could lead someone to associate the shirt with that time period. It could also have a role in giving a cinema-centric boost to 1960s attire that could rival the elevated status that “Stranger Things” has given to 1980s-based apparel and products. As the movie’s theater run unfolds and people look to hold on to the summer and its wonders for as long as they can, the logo T-shirt could become a seasonal mainstay for its admirers and maybe evolve into a legend of the fall for them, too.