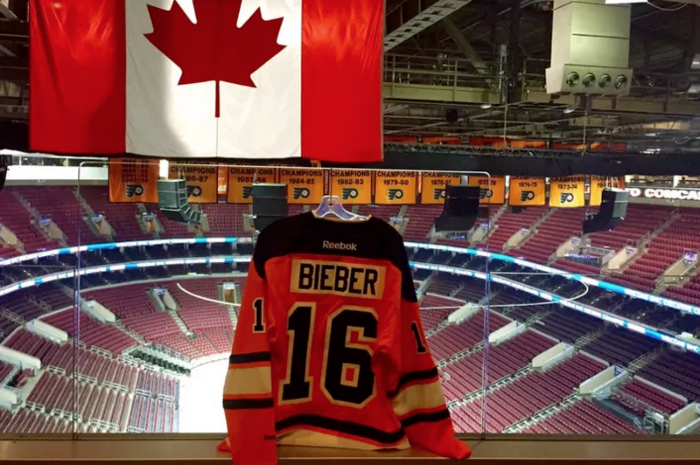 The Philadelphia Flyers had a gift for Justin Bieber when he performed May 7 and 8 at the Wells Fargo Center in Philadelphia—a customized Flyers jersey with the No. 16 on the back. It makes sense to give Bieber, who is Canadian, a hockey jersey as a gift, but Flyers fans aren’t too happy (surprise) about the choice of jersey number. After all, No. 16 is the retired number of Flyers royalty Bobby Clarke.

Clarke, known for his aggressive play and toothless smile, was part of the highly successful “Broad Street Bullies” era in the 1970s and is arguably one of the best players in franchise history.

Many Flyers fans took to Twitter to voice their opinions.

Why'd they give bieber Bobby Clarke's number?? Please no

NBC 10 reported that fans responded so harshly that the Wells Fargo Center had to delete the posts showing the jersey.

When you’re scheduling promotions, make sure they won’t infuriate your whole customer base, like the Flyers managed to do. That shouldn’t be a problem if you’re using any of the items below: