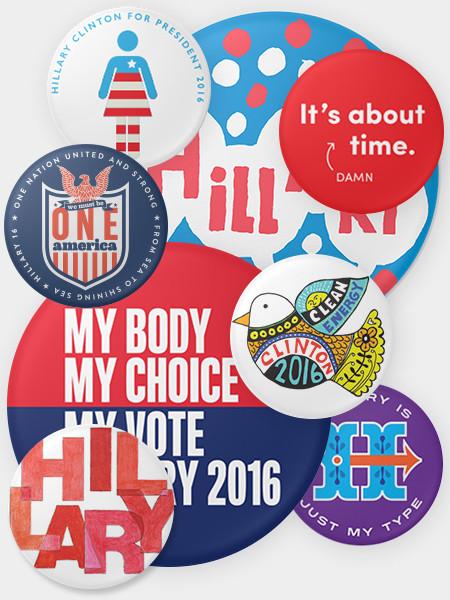 Forty-five artists and graphic designers created a collection of pins for Clinton’s online store, but the public took offense with Polish artist Agniezka Gasparska’s collection of pins. The pins in question all followed the same format and hinted that the U.S. is ready for a female president because other countries already have one.

However, it was the message’s “condescending” tone that caused the upset, according to The Weekly Standard. For example, one of the pins read, “Even South Korea has one.”

The pins now have been revised to appease any disapproval. The new pins dropped the “even” to say, “South Korea has one.” And, Poland and Jamaica pins are no longer available for purchase.

The Clinton campaign released a collection of pins designed by Agniezka Gasparska (left), but, after receiving criticism, the campaign modified the pins (right). (Image via The Weekly Standard)

The rest of the pins in “The Forty-Five Pin Project” feature designs from Stephen Doyle, Michael Bierut and others. While most of the pin sets retail for $5 each, Gasparska’s is selling for $10.

Neither the Clinton campaign nor Gasparska have commented on the pins.

When it comes to promotional products, never doubt the power of the pin. From political campaigns to music festivals, promotional pins are an ace. Check out these top-notch pins for some promotional ideas.