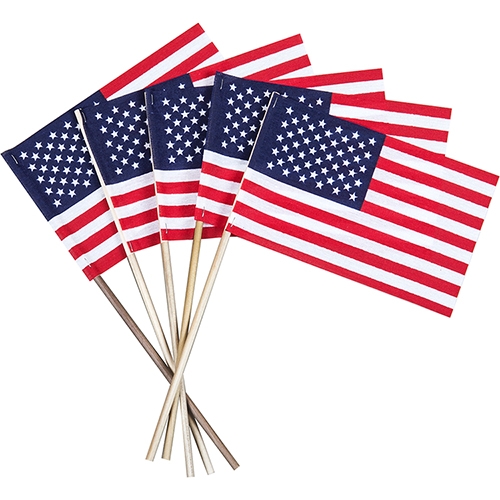 How Much Do Presidential Candidates Spend on Campaign Merchandise?

The 2016 presidential election is projected to be the most expensive in U.S history. The Los Angeles Times reports that political advertising spending—which makes up the bulk of all campaign costs—is projected to hit $6 billion by Nov. 8, with total costs estimated to reach $7.5 billion.

How do the campaigns spend that money? Thanks to the Federal Election Commission (FEC), we can find out. Every candidate submits his or her spending to the FEC, and these reports are made available to the public.

The January 2016 FEC reports came out recently and they show just how all those campaign contributions are being spent. Aside from the typical TV spots and billboards, a portion of each candidate’s budget goes toward branded campaign merchandise. Those signs, T-shirts and bumper stickers are among the most recognizable campaign products and are a staple of each candidate’s marketing plan. Bumper stickers are a quintessential component of any political campaign

So, who is spending the most on marketing and premiums? We’ve combed each campaign’s FEC filling and highlighted relevant marketing costs along with total budget for January 2016 below.

Hillary Clinton: Clinton’s campaign, Hillary for America, showed $19,918,792 in total expenses on its FEC report, the second highest among all candidates still in the running. The campaign’s premium product spending, listed as “merchandise fulfillment,” was $147,399.

Ted Cruz: Sen. Cruz’s campaign, Cruz for President, reported $12,664,023 in campaign expenses for January, the highest amount among all Republican candidates. About half of that amount, $6,025,409.25 was spent on marketing and advertising initiatives. Collateral material costs—banners, flags, pins, stickers, shirts, hats, cups and signs—totaled $232,198. Flags are a major promotional product in political campaigns

John Kasich: Kasich for America, Gov. Kasich’s campaign team, spent a modest $2,127,183 in January, the lowest amount of any presidential candidate that month. Although his campaign spent $1,033,940 on advertising, Kasich had just two charges for campaign merchandise in January: one $590 charge for banners and another $650 charge for a display table, for a total of $1,240.

Marco Rubio: The Marco Rubio for President campaign spent $10,285,749 in the first month of the year, with $6,881,578 of that spent on marketing. Sen. Rubio’s campaign listed one charge in January for “T-shirts/bumper stickers/signs” totaling $27,901. Bernie Sanders: Bernie 2016, the campaign for Sen. Bernie Sanders, claimed the highest costs for the month at $34,931,085, two thirds of which—$25,506,619—went toward marketing and advertising. The Sanders campaign claimed $907,068 for “campaign paraphernalia,” which made up 2.6 percent of the campaign budget for the month. When it comes to branded campaign merchandise, Trump and his famous “Make America Great Again” hat take the lead both in dollar amount and percentage of total budget this year, followed closely by Sanders. It’s worth noting that this analysis only looks at one month of spending. All of the candidates have campaign stores filled with branded merchandise; those with lower costs in January likely purchased extra inventory in 2015.

In total, the six candidates above spent a total $2,228,204 on products in a single month. Talk about voting with your dollar.