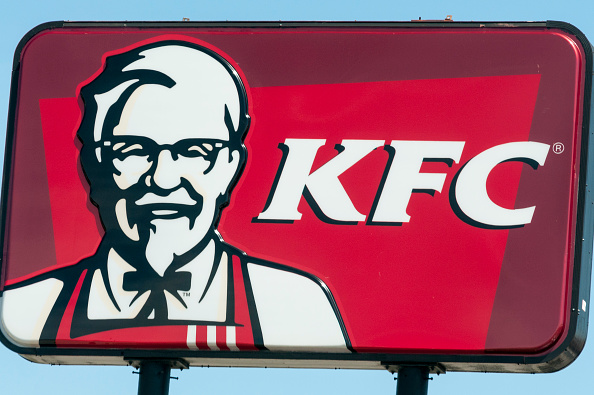 We can always count on Kentucky Fried Chicken (KFC) not only to cater to our carnivorous cravings but also to come up with compelling marketing campaigns. This time around, the brand is expanding its Russian presence through a promotional hat that, yes, is a bucket hat, and yes, can double as an actual fried chicken bucket.

KFC has become one of our most popular companies to cover, owing to its mastery of contemporary marketing strategies, and this headwear item again has us nodding our noggins. We are scratching them, too, though, because the entity and its collaborators, Wieden + Kennedy Amsterdam and Mam Cupy, chose to limit circulation of the promotional hat to Russia.

While we appreciate the sentiment found in an Adweek account of the product that says KFC is bringing to life “our iconic chicken bucket in a fascinating and experimental way” for Russian patrons, we cannot cloak our envy of those European wearers. Yes, KFC is thriving in the U.S. through other promotions and concepts, but introducing a promotional hat for us hungry Americans could end up being the marketing equivalent of adding more herbs and spices to Colonel Sanders’ recipe. In other words, KFC would only be improving upon a winning formula.

Alas, though, we must settle for knowing that the brand is growing in Russia thanks to the promotional hat. The item features the famous colonel as an embroidered logo on the front, with The Source noting that he appears “upside-down to really ring in the notion that this bucket hat could really double as a bucket of chicken as well.” The hat goes for $29 USD, so if we ever managed to get our hands on one, we’d probably use it only as a hat—the price is a little steep for a chicken bucket.

There are different strokes for different folks, of course, so there are probably numerous end-users who will part with their rubles to have the promotional hat sit upon their heads and offer their chicken an unorthodox resting place. The power of the internet will allow us to buy the item if we really want it, but we lament the fact that KFC isn’t releasing the item in the U.S. Perhaps the bigwigs will pull off a limited time-only campaign stateside if the Russian campaign works. We Americans would likely find many differences between our way of living and Russian citizens’ welfare, but it appears we are comrades when it comes to championing chicken.