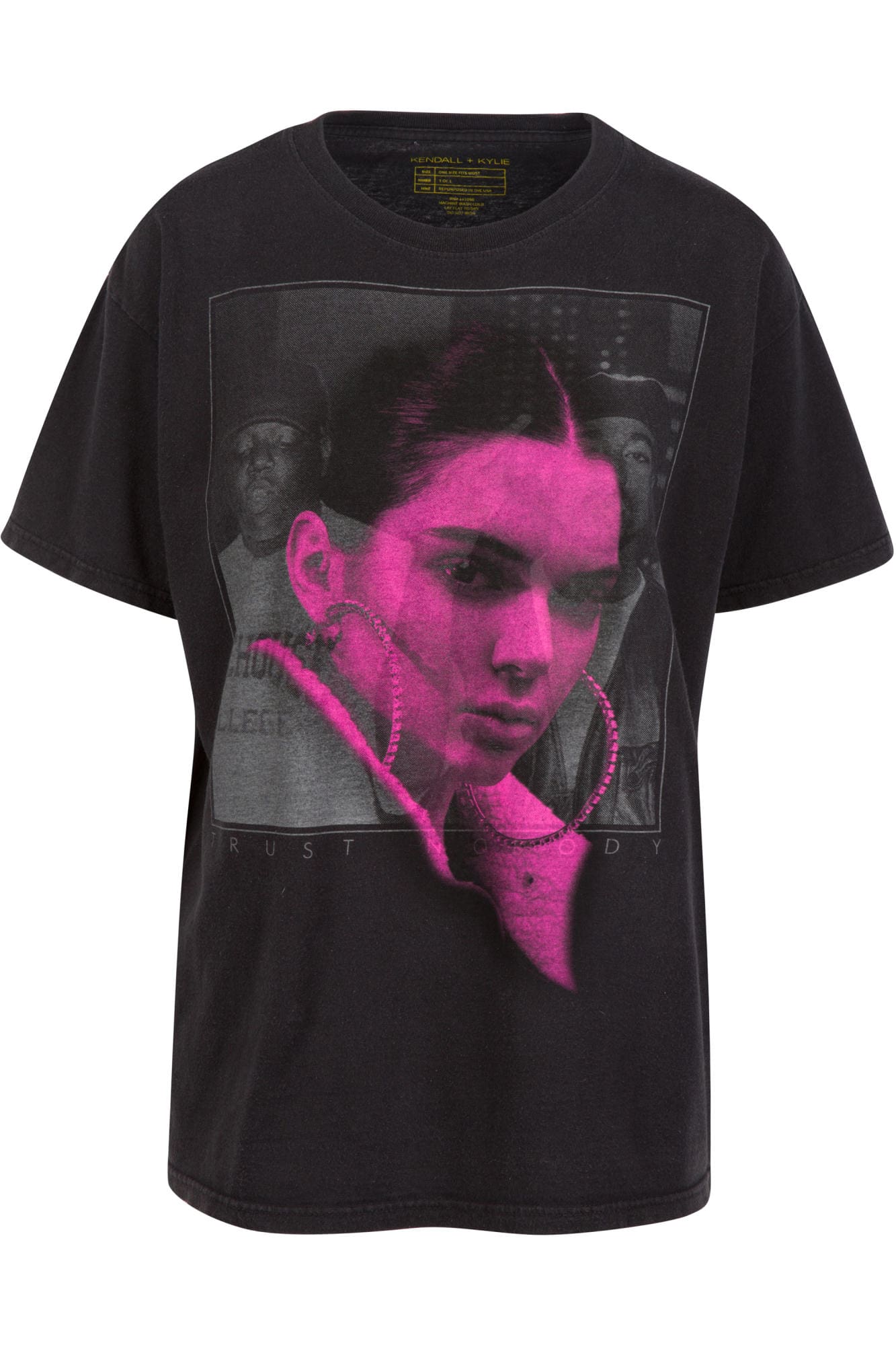 Earlier this month, Kylie and Kendall Jenner released a new line of merchandise essentially pasting their faces on top of classic shirts from music icons, like Jim Morrison and Pink Floyd. Even worse, these Kendall + Kylie T-shirts were selling for $125.

While people were already outraged over the debut of these T-shirts, the latest news is that the girls are now facing major legal ramifications, as well. It seems the Jenners did not request permission from any of those featured icons or their estates to use the images, and that’s a huge problem. According to Complex, lawyers representing The Doors’ estate confirmed that they are taking legal action against the Jenners even though the shirts have since been removed.

Notorious B.I.G.’s estate issued its own cease and desist letter, threatening to sue if the shirts were not pulled, and Sharon Osbourne, Ozzy Osbourne’s wife, tweeted her opinion on the trainwreck T-shirts:

Girls, you haven’t earned the right to put your face with musical icons. Stick to what you know…lip gloss. pic.twitter.com/BhmuUVrDBn

Hopefully, Kendall and Kylie learned a valuable lesson from this—you can’t just use whatever designs and images you want. There is such a thing as artistic property.

For those of you purchasing new merchandise for your companies, make sure you do your homework. If you come across a graphic online or in the real world, it’s not necessarily up for grabs. But, it can be as simple as reaching out to the photographer/artist/graphic designer in charge and asking for permission—they might love that you want to put their work out there.

Perhaps Kendall and Kylie thought that because some of these musicians were dead, it meant their images were fair game. But, they should have known better.