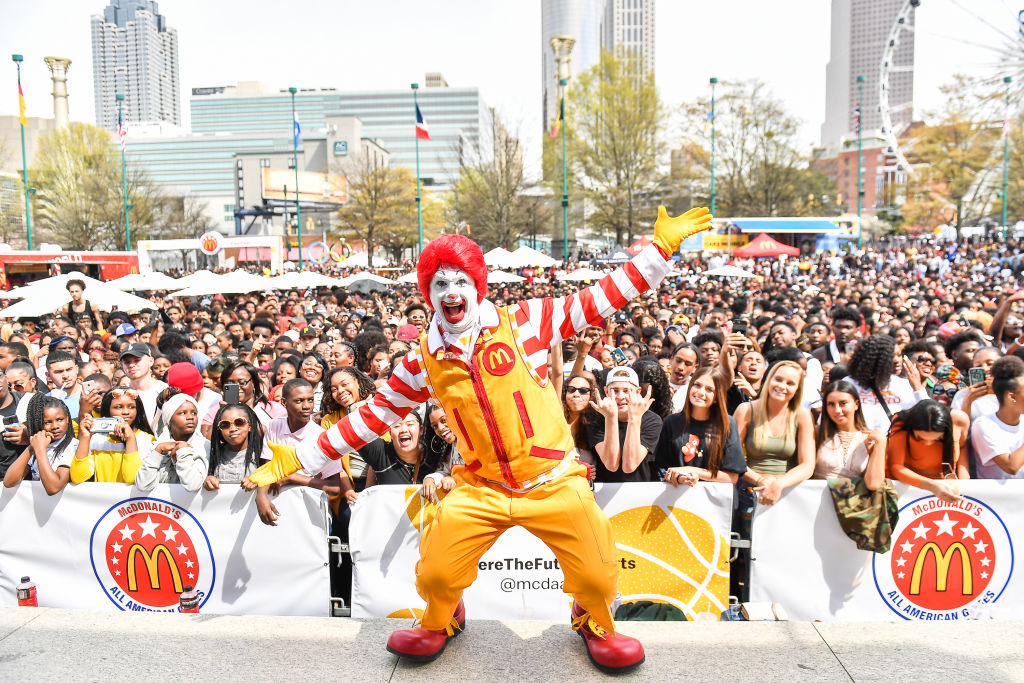 Do you remember the mean kids in school who started a trend, and then—once everyone else was on the bandwagon—abandoned it immediately and made fun of everyone else still doing it, as if they hadn’t been into it in the first place? That’s kind of what McDonald’s is doing right now, and the trend is the over-the-top fast food promo apparel and merchandise that it helped create.

To poke fun at its competition releasing hip-n-happenin’ apparel and accessories (and also to advertise its new spicy Chicken McNuggets in the U.K.), McDonald’s is “releasing” a hypebeast-inspired line called “Schnuggs.” The line was even created by fashion designer Leo Burnett London.

Unfortunately, other than the ones used in ads, items in the apparel line aren’t really going to be made available to the public.

What we find the most interesting thing here is that McDonald’s is spoofing the very trend that, like we said, it was a major part of. And, considering it’s seriously released those limited-edition lines of upscale-looking apparel and accessories, is this actually a parody? Where does one draw the line between irony and genuine advertisement and enjoyment?

Here’s a peek at what McDonald’s has been posting on social media.

It’s all very much in that oddly defined turn-of-the-century nostalgia category, with the supposed exclusivity factor used by brands like Supreme and Palace.

“We drew inspiration from these cult-like brands that have this young audience going crazy for their latest product,” Graham Lakeland, creative director at Leo Burnett London, told Adweek. “Therefore, creating a spoof ‘hype beast’ clothing brand to model our new Spicy McNuggets felt like a great fit. This, coupled with a mixture of food-focused posts, helps us create a buzz to become one of the most talked-about foods this year.”

So, is this it? Is this the last time a brand will do this, now that it’s reached critical mass and we’re at the parody stage of the trend? Probably not. Just like companies tried their best to be cool by making “Harlem Shake” videos years after they were (supposedly) cool, we 100 percent have not seen the last of fast food fashion. I’d bet at least two orders of Spicy McNuggets on that.