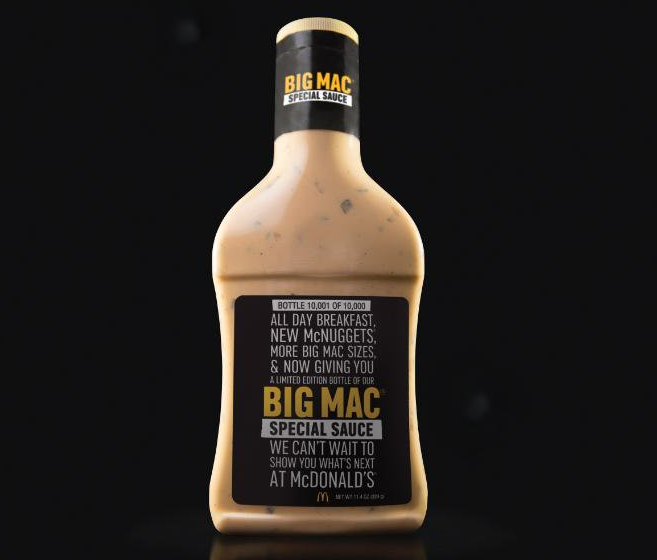 Recently, McDonald’s took an interesting approach to branded merchandise. For one day only, McDonald’s fans were given the chance to snag a bottle of the company’s special sauce, as part of a promotion for its new Big Macs. The chain only released 10,000 bottles, but you might be surprised how well the campaign did. Within a few days, bottles of the special sauce were selling on Ebay for as high as $10,000, according to Fox News. Although there were more inexpensive options, like bottles closer to $100, it’s still amazing that a bottle of sauce would sell for that amount.