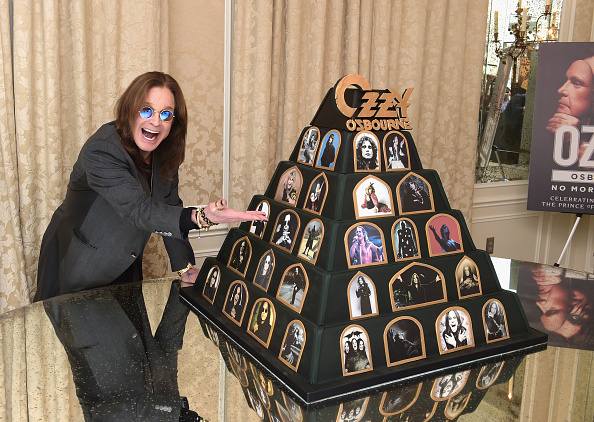 This New Promotional Plush Bat From Ozzy Osbourne Is Brilliant

When yours truly was 6-years-old waaaay back in 1985, I found myself pretty frightened when an uncle of mine, hoping to teach me more about music, took out some of his Ozzy Osbourne albums, with the covers of “Diary of a Madman” and “Bark at the Moon” keeping me from letting him play even one track. When I later learned from said relative that the singer had bitten the head off a bat during a show, I was sold on not becoming a fan, no matter how unorthodoxly unique Osbourne’s gesture seemed. Everyone loves a good promotional product, though, so I have put my initial feelings about the now-70-year-old rocker aside to celebrate the brilliance of a plush bat that commemorates the 37th anniversary of his championed chomp.

In terms of the timing, this instance seems odd, as who would think to mark the 37th and not, say, the 30th or 35th anniversary of the encounter, or choose not to hold off until the 40th commemoration comes around? The answer is obvious—this is Ozzy Osbourne we are referring to, people! Though I am not a devotee, I know enough about the man to be aware that he could not care less about adhering to any precepts. Therefore, this decision makes perfect sense for Osbourne, who next week will resume his No More Tours 2 farewell trek across the globe.

In issuing the branded product, whose first run has already sold out, the music god is taking his legions back to Jan. 20, 1982, when, during a show at the Veterans Memorial Coliseum in Des Moines, Iowa, he bit into a bat after a fan tossed it onto the stage. People have gone back and forth with discussions of whether the animal was dead, but Osbourne, through his “I Am Ozzy” memoir, made it clear that the bat had definitely been alive upon that interesting occasion. “Immediately, though, something felt wrong,” he wrote. “Very wrong. For a start, my mouth was instantly full of this warm, gloopy liquid, with the worst aftertaste you could ever imagine. I could feel it staining my teeth and running down my chin.”

Ah, the joys of metal superstardom.

Today marks the 37th Anniversary since I bit a head off a f*cking bat! Celebrate with this commemorative plush with detachable head.https://t.co/Of23jCDtaa pic.twitter.com/U8ZkmOYOey

No matter the status of the bat, which some have supposed was a prop, the winter’s night will live in music lore forever, and Osbourne has chosen to mark it with the aforementioned novelty item that, of course, comes with a detachable head. As noted earlier, one might think the timing of the release, not to mention the whole concept, might sound odd, but this actually registers as proof that a micro-moment does not need to receive immediate recognition, products-wise, that is, in any form.

Yes, capitalizing on occasions shortly after they happen will likely prove more lucrative, but, in this case, Osbourne, dubbed The Prince of Darkness, is shining a light on the benefits of having an appealing product matter more than considering the amount of time that has gone by. Baseball has proven a great area for tackling nostalgic moments thanks to bobbleheads such as this one of Babe Ruth, so why can’t music do the same? After all, when it comes to being a maverick, Osbourne has always occupied the front seat on the “Crazy Train.”