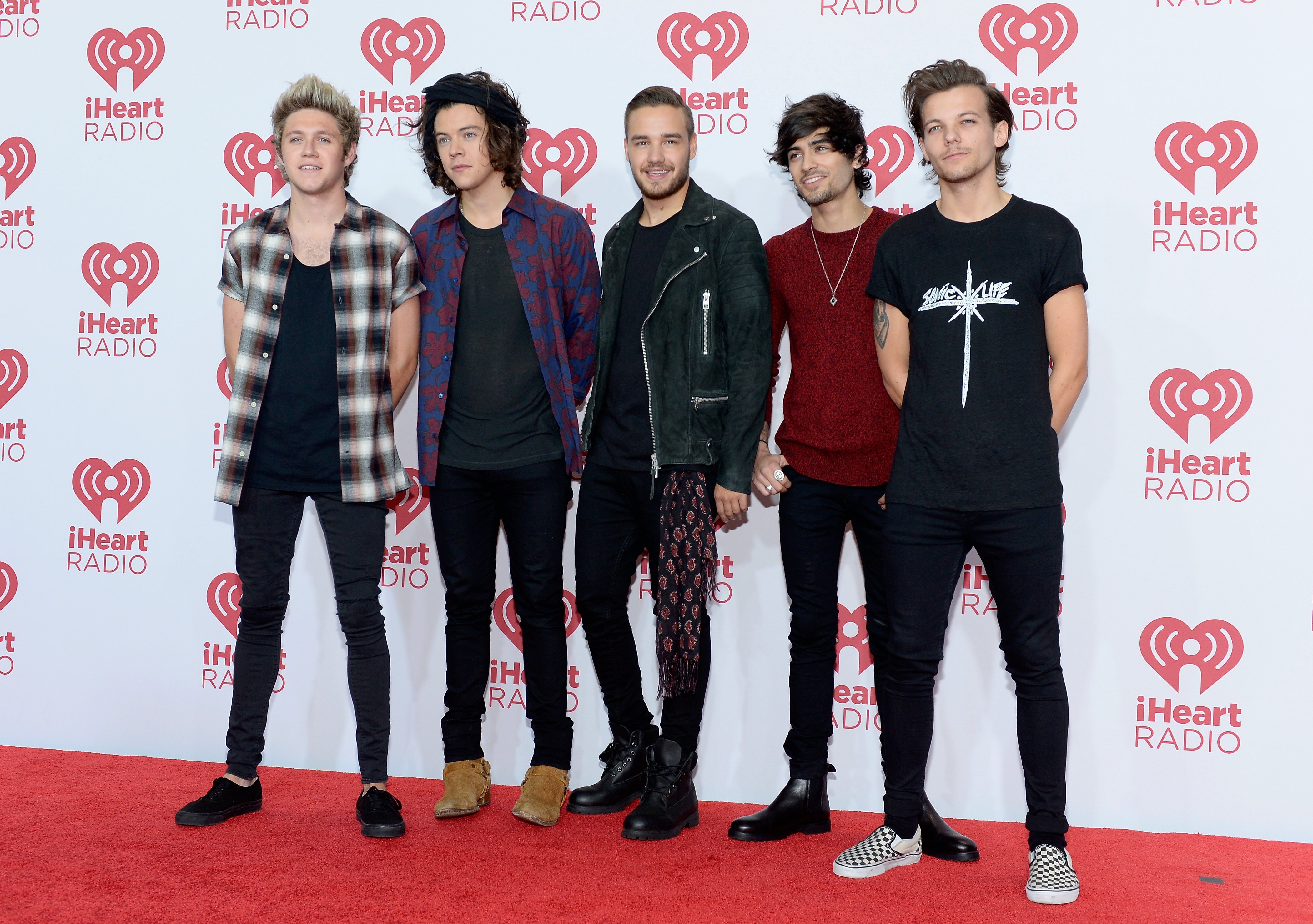 Last week, One Direction’s online merchandise store shut down. That might not seem like a huge deal. The band has been more or less broken up for a couple years now, and all its members are off doing their own thing. But for what remains of the band’s dedicated fanbase—Directioners, as they’re known—it was earth-shattering.

That also might not seem like a huge deal. Every band has superfans, and One Direction was, at one point, a pop culture phenomenon, the biggest band on the planet. Of course fans are going to be upset they can’t get official 1D merchandise anymore. It’s easy to brush off the news, to chuckle, maybe feel nostalgic for a moment, and move on.

I’m here to tell you that … [takes deep breath] … there’s actually one legitimately fascinating aspect to all this, especially for promo professionals.

Please note that I plumbed the depths of One Direction Twitter to bring you this story. I read the One Direction Wikipedia page in full. I’ve seen things you people wouldn’t believe. (And they say real journalism is dead.) Stick with me here.

One Direction announced its hiatus in December 2015, but all indications since then are that it was a permanent split. Still, fans held out hope for a reunion, even as the supposed 18-month hiatus dragged on and each of the lads took shots at solo careers, with varying degrees of success. (I’ll say it: This song is extremely rad.) But it wasn’t until the band shut down its merch store that reality hit home for the last fans hanging on.

Look at these reactions:

the official one direction store got taken down

this is it, this is the end pic.twitter.com/05on4B0Uy5

And, here, some street-level reaction straight from a One Direction superfan, because I am a diligent and connected journalist with sources (my fiancée’s 22-year-old sister): 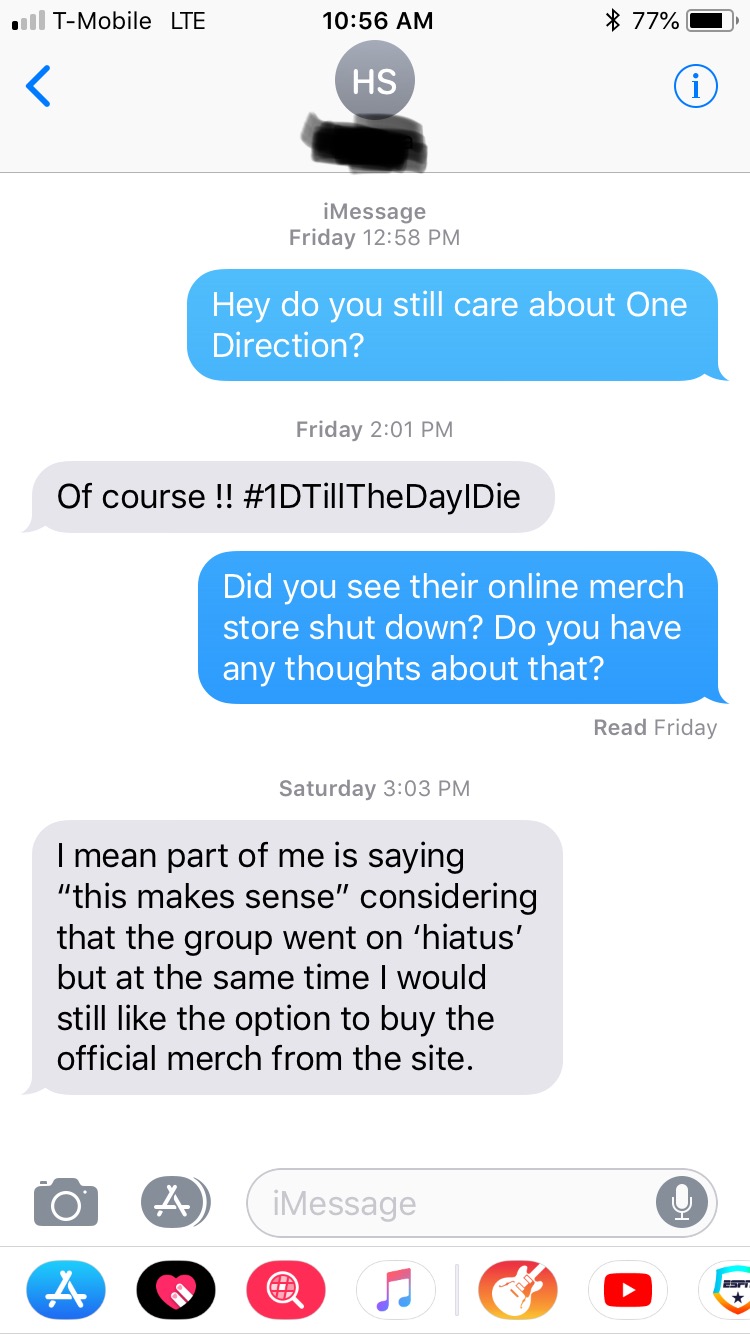 Think about that. One Direction effectively ceased to exist some 32 months ago. Its members parted ways. Harry is a movie star. Louis is … wait, which one is Louis? And yet it was the merch store closing its doors that finally killed the last hopes of a reunion.

That says an awful lot about the power of branded merchandise and the way it is inextricably linked to pop culture, fandom and consumerism in general. We’re at the point where merch is no longer just a nice bonus. Every legitimate business entity—from fast food joints to legacy newspapers to Wikipedia—is now expected to have its own merch store. If I can’t go online and buy stuff to support (and show my support for) my favorite band or podcast, I’m going to be upset. I imagine most people feel the same way.

It’s that very mindset that’s given rise to the online Merch Economy, wherein fans and artists can submit, upload and sell their own designs. Sites like Teespring, Teepublic, Redbubble and CafePress exist because of it. (YouTube has even integrated merch store functionality into its main site.) Independent or small entities with tiny budgets and niche followings are on equal footing with major brands and famous artists, in that everyone has easy access to some kind of merchandise operation. In some cases, artists can crowdsource designs from fans.

Essentially, artist (or brand) and merchandise have become one and the same. One cannot or does not exist without the other. So there’s a grim finality that comes with a merch store shutting down. Even teenage fans of a defunct boy band innately understand what it means. They may not be writing 600-word think-pieces about it, but they know. “The official One Direction store got taken down. This is it. This is the end.” That’s powerful stuff, man.

Of course, there’s been chatter over the last few days, fueled by one of the band’s former members, that One Direction will one day return, reunited and stronger after taking some time apart to work on themselves, or something. If and when that happens, you can be sure the merch store will be back, too.