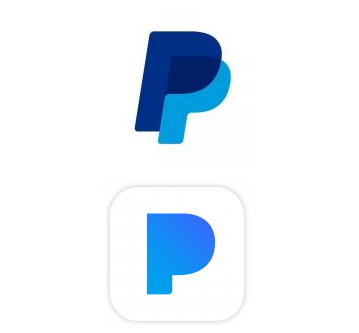 PayPal Holdings, Inc. originated in 1998 as a worldwide payments system supporting online money transfers, arriving two years before Pandora began its existence as a music streaming and automated recommendation service. On Friday, the San Jose-headquartered PayPal accused the younger California company of not respecting its elder, so to speak, or the law, suing it for trademark infringement following an October-rolled out logo revamp. PayPal (whose logo is on top) filed a federal lawsuit against Pandora on Friday. (Images via Twitter and Wikimedia Commons)

A highly detailed 34-page lawsuit finds the plaintiff positing that the defendant’s autumn decision to alter its symbolic identifier bred a result that “not only resembles, but openly mimics the PayPal logo.” The confusion over which icon to select has, reportedly, caused the former business to lose customers accustomed to “the frictionless user experience” that starts when they glimpse the italicized “P’s” on their smartphones.

The accuser, an undisputed cash cow, notes that its struggling Oakland-based opponent publicly admitted considering more than 1,000 new logos and asserts that it chose to adopt a visual aid that “pirates the goodwill developed by PayPal in the PayPal logo.” Section 33 of the claim attempts to put a scratch in the music peddler’s record as a viable industry presence, stating that contemporaries such as Apple Music and Spotify have provided “overwhelming competition” and that Pandora, famous for its free-to-consumers version, lacks “an obvious path to profitability.”

Two sections of the complaint include tweets from irked patrons who state the alleged similarities have caused confusion when they have looked to use PayPal. Those interruptions have supposedly damaged the plaintiff’s “standing with customers and merchants,” forcing overseers to sue Pandora, who will attempt to regain stability through a $150 million investment from KKR & Co., when it allegedly failed to acknowledge requests to address the matter amicably.

Society is loaded with pop psychologists, so forgive us if we play pop commentators on contemporary life. How are people confusing these symbols, especially individuals with long affiliations with PayPal? Granted, Pandora had, according to the lawsuit, ample choices, but what is utterly punishable about the final look of its selection with regards to the comparing its design to that of the established logo? PayPal is demanding a jury trial, with the legal document’s Prayer for Relief section beseeching the court to award financial damages as restitution for “Pandora’s intentional and willful trademark infringement and other conduct.” What sort of song will Pandora be singing once proceedings have ended? Stay tuned.