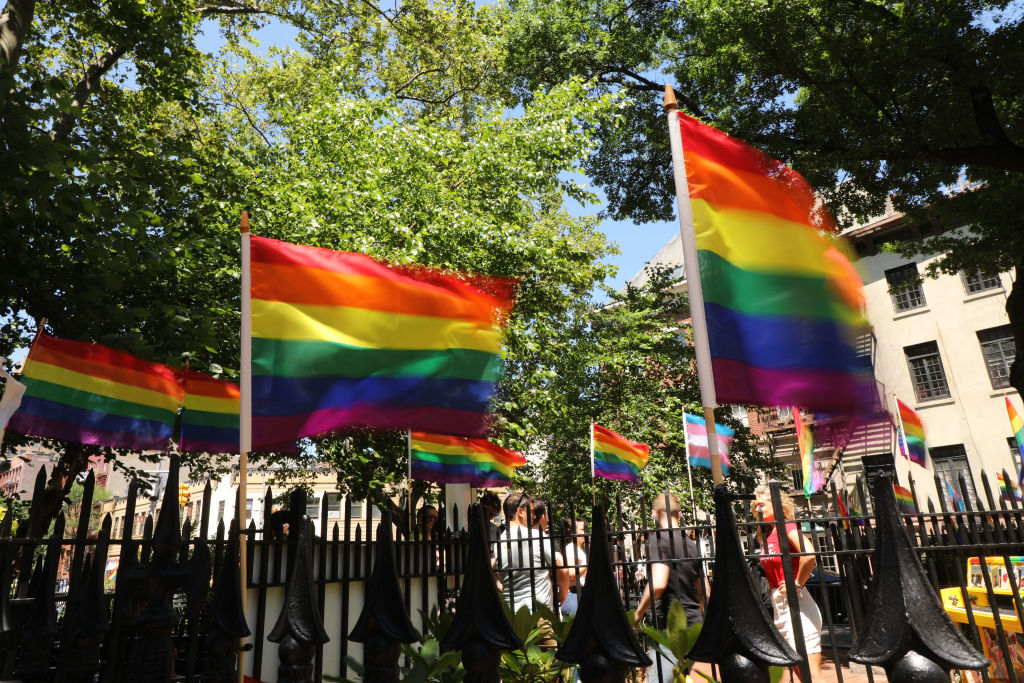 Parades and Celebrations May Be Canceled, But Pride Month Merch Is Booming

This year’s Pride Month looks a little different, as parades and celebrations in cities all over the U.S. will have to be put on hold due to the COVID-19 pandemic and safety concerns. But it hasn’t stopped spirit and shows of support from home.

Apparel and footwear companies big and small have been selling a plethora of rainbow-colored items to show support for the cause, and demand has been high. This has been the case in previous years, but as Forbes pointed out, last year there was a bit of misrepresentation from some of these companies. Not all of the proceeds went toward the cause, and some companies even funded anti-LGBTQ organizations.

This year, however, the Trevor Project, a nonprofit organization that works with suicide prevention and crisis intervention amongst LGBTQIA+ young people, has announced its “Product Partners for Pride.” That way, customers can show their pride and feel certain that their dollar is helping the cause.

You can look at the full list here, but it includes some major players in apparel, such as Abercrombie & Fitch, Chubbies, PUMA, Marine Layer and more.

Money raised as a result of these special product lines will directly benefit the Trevor Project’s 24/7 suicide prevention efforts.

Aside from the ones directly related to the Trevor Project, companies like Under Armour have pledged money toward the LGBTQ community via grants and other measures.

“Our goal is to use our platform to help support the work non-profits are doing in the community,” Perry Williams, senior manager of commercial optimization and former co-chair of Under Armour’s LGBTQ+ Teammate Resource Group, told Forbes. “In the past, we’ve worked with organizations like The Pride Center of Maryland, our local LGBTQ resource center, Athlete Ally and Stonewall Sports. This year, we created the UA PRIDE Grant to support other local LGBTQ groups who have been affected by the COVID-19 pandemic.”

Nike also introduced its BeTrue collection of sneakers that include the “More Colors, More Pride, flag, which features more colors of the expanded LGBTQIA+ flag introduced in 2017.

Nike said the line is “inclusive of a spectrum of voices, a reflection of performance art, blending traditional details with the [Air Force 1’s] silhouette in homage to underground ballroom culture, an expression of team sport.”

Proceeds from Nike’s collection also will go to organizations supporting the LGBTQIA+ community.

“The organizations range from local to national with a focus on advocacy in sports, creating safe spaces and elevating the history of the community,” Nike said in a statement. “They include the LGBT Center of Los Angeles, Portland Frontrunners, GLBT Historical Society Museum, Campus Pride and You Can Play.”

Let's start June off the right way. To commemorate Pride month, Adidas has released the popular NMD shoe with the rainbow coloured mid-sole. Carry the past into the future and show off your Pride! Available online now.

So, while there won’t be parades and celebrations, supporters can still donate to worthy causes and make a difference, and by wearing the apparel and footwear in the future, they can show their pride and support for much more than just one month.