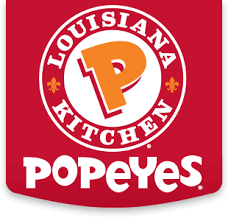 Whether or not fried chicken is your thing, it’s pretty hard to knock Popeyes for its promotional marketing efforts. From a well-received ugly Christmas sweater to Mardi Gras bead chicken boxes and emotional support chicken food containers, the chain is consistently making moves to bolster its regard among consumers. The company’s latest venture proves the bigwigs don’t have to wing it to encourage patrons to become even fonder of their products. Owing a nod to employees’ uniforms and likely the athleisure label from Beyonce, Popeyes now has a new apparel line that’s already going strong.

For this bit of news, the Washington Post stated that the restaurant chain positioned its garment lineup as “an alternative for shoppers who were unable to snag something from the much-coveted collaboration between Beyonce’s Ivy Park athleisure label and Adidas.”

Given the color similarities between the performer’s goods and the items from Popeyes, we can say that it certainly seems that Beyonce (who has a documented proclivity for the chain’s menu) played a part in inspiring the head honchos to produce a 10-piece apparel collection. Consisting of maroon-and-orange T-shirts, polos, sweatshirts, tunics, hats, visors and hooded jackets, the line, dubbed “That Look from Popeyes,” has already had four products sell out. Those who hold allegiance to both can probably barely contain their excitement over what we will define as a loose form of co-branding.

No matter the ultimate inspiration, Popeyes is showing its (chicken) tender side by directing proceeds to its eponymous foundation. That’s a solid pulling-at-the-heartstrings gesture from the company, with the overall implementation of the line helping the company to become yet another food-centric business with branded apparel as a key element of its marketing. As always, we will be eager to see who’s the next to put out a clothing line and to comment on what the release says about consumers’ demand for ways to wear their affection for brands that fuel their days.