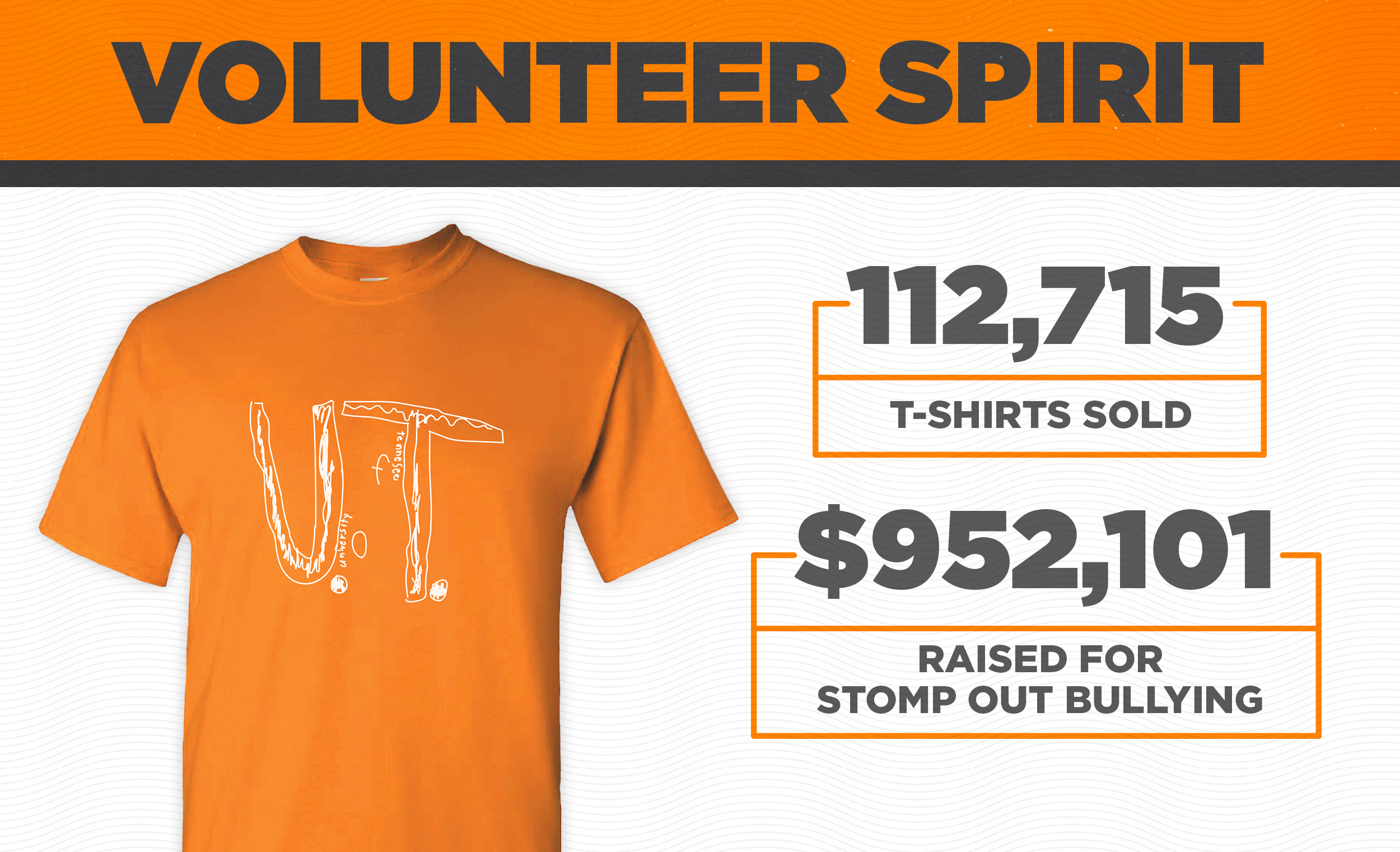 Two of our favorite stories of the year came in September, when a boy bullied over his homemade Tennessee T-shirt had his design picked up by the Volunteers’ football program and subsequently received a full scholarship from the university. Good things come in threes, so we are happy to report that STOMP Out Bullying, a nonprofit bent on “changing the culture for all students,” received nearly $1 million through sales of the shirt.

The final numbers are in! 112,715 T-shirts sold. $952,101 raised for @STOMPOutBullyng. Thank you to the @UTVolShop, @Thredsinc, #VolNation, and to the fourth grader in Florida who started it all. See you in the Class of 2032! pic.twitter.com/qjVWDEvYYr

It broke our hearts in September to learn that the child, who wanted to celebrate his admiration for the Vols on College Colors Day, had experienced backlash from his contemporaries over his Tennessee T-shirt handiwork. We put the pieces back together when learning that the school loved his creativity to the point that commended it through an official shirt.

That news alone would have helped us place the matter in our silver linings playbook, but a news account from the university announced yesterday that 112,715 shirts generated $952,101 for STOMP Out Bullying. Given the staggering prevalence of bullying, every effort to combat it deserves a mention, and the Tennessee T-shirt will resound as an unexpected gift that promotes goodwill, with the announcement of its results being especially heartwarming during the holiday season.

Fortunately, for the youth and his fellow fans, the Tennessee T-shirt will surely be making additional headlines as 2019 gives way to the new year. Having started 2-5, including suffering blowout losses to the likes of Southeastern Conference heavyweights Florida, Georgia and Alabama, the Volunteers rebounded to win five-straight games to close out the regular season and will play in the Gator Bowl Jan. 2 versus Indiana University. Here’s hoping that the fan base travels in droves to TIAA Bank Field and wears the Tennessee T-shirt with as much pride as its originator showed on College Colors Day.