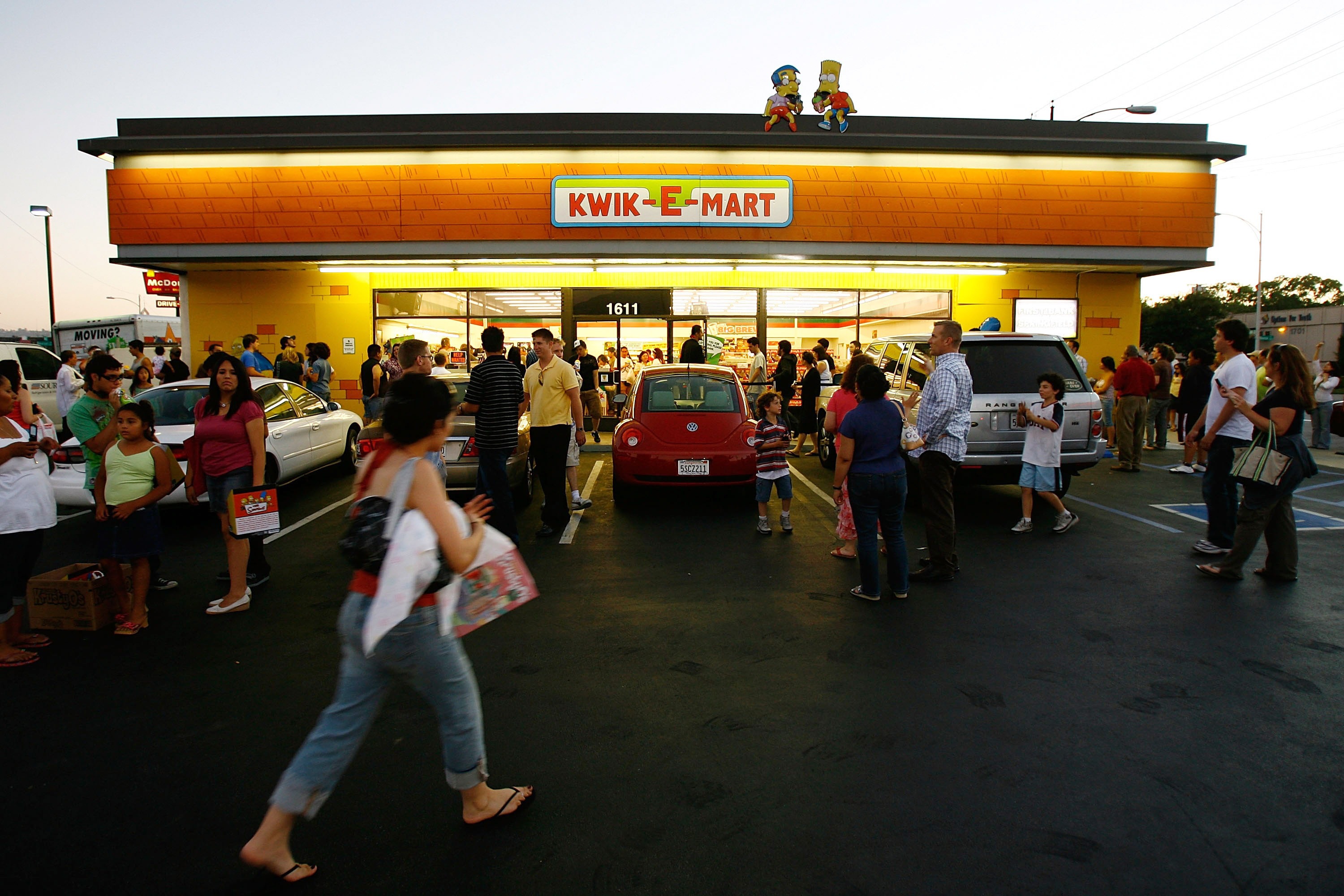 Have you ever watched “The Simpsons” and dreamed of living in Springfield? You’d have the bulbous eyes, the job at the nuclear plant, your barstool at Moe’s and your Isotopes fan gear. You’d probably do a good bit of your shopping at the Kwik-E-Mart, too. But, “Simpsons” fans don’t have to magically transport themselves into the two-dimensional world of the show to do that last one, thanks to a promotional campaign in Myrtle Beach, S.C.

As part of the “Simpsons in 4-D” exhibit at Myrtle Beach’s Broadway at the Beach, fans can go inside a real-life Kwik-E-Mart to buy show-inspired items, like Buzz Cola and Lard Lad Donuts, as well as “Simpsons” merchandise, according to Esquire.

Just came from the Kwik E Mart! Pretty cool @TheSimpsons ? I got the Buzzzz Cola and Lard Lad Donuts ? pic.twitter.com/xnpWjMygs7

There were other Kwik-E-Mart instillations in real-life 711 stores back in 2007 to promote “The Simpsons Movie” through similar merchandise, but the new Myrtle Beach location is the first permanent fixture of its kind.

Just came from the Kwik E Mart! Pretty cool @TheSimpsons ? I got the Buzzzz Cola and Lard Lad Donuts ? pic.twitter.com/xnpWjMygs7

It comes at an interesting time in the show’s history, as the store’s cartoon owner, Apu, was the subject of a documentary by comedian Hari Kondabolu called “The Problem with Apu,” which explored the characters’ racial insensitivity as a caricature of Indian people.

Hank Azaria, who provides the voice for Apu (along with just about half of the other characters on the show) came out saying that he agreed with Kondabolu’s standpoint and could see why people would see it as insensitive.

The show’s creator, Matt Groening, mostly shrugged it off as manufactured outrage. The issue was even addressed during an episode of the show (but mostly swept under the rug).

For still being a fairly hot debate in the “Simpsons” universe, it’s interesting that Myrtle Beach decided on the Kwik-E-Mart as the first location for the new exhibit. But, if you’re opening a store to sell Springfield-themed merchandise, can you think of any better option?