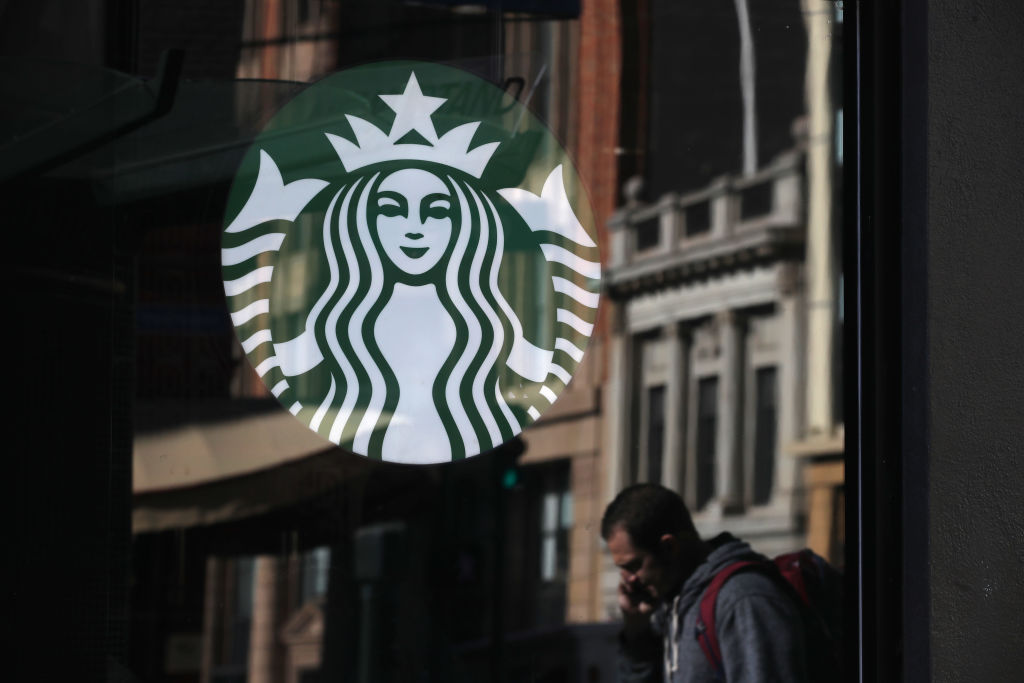 Fall is finally here, which means spooky decorations and pumpkin-spice everything are flooding all your local stores. And while it just turned October, Halloween is kicking off early, as Starbucks released an entire line of limited-edition Halloween-themed reusable hot and cold tumblers this week. And there’s already a resale market for them online.

The new hot beverage cups come in a pack of six, each in a different color and with a different Halloween design: pumpkins, skulls, spider webs, black cats, moths and a bird we’re assuming is a raven. The designs give the appearance of a stencil or chalkboard-look in either white or black. Most of the graphics are common decorations associated with fall and Halloween, but the moth and bird are two that we don’t see as often. They’re all spooky, but fun!

This release offered other options, too. There’s a black travel mug with web detailing, and a white skull mug. And there are three other cups available—one that’s matte black, one with a glitter spider web and another with a compilation of designs similar to those on the reusable hot cups.

I have been counting down for over two weeks, with even a reminder in my calendar, that our @target @starbucks was releasing these cups this morning. I was told if I got there an hour after opening I’d probably miss them. So I packed my kids up before the sun completely rose and did a Target run when they opened at 7 am. ? Don’t worry I still got Caroline to school on time. ? Now that I’m home I’m not sure if the black cup is practical because I always gets venti cold drinks and @carlysumner is telling me not to mail the second set of hot cups to her ? #starbucks #starbuckshalloween #starbuckshalloween2019 #ilovehalloween #imdrinkingmorewater

Starbucks has been releasing holiday-themed cups for a number of years. Even though these new Starbucks cups have been out for less than a week, they’re already popping up on online resellers like eBay (just like those color-changing ones we saw before) for listing prices as high as $300. It’s an indication of how quickly the limited-edition, reusable cups are selling out in some stores, though we’re not sure if any of them are actually selling for those extreme resale prices. It appears that several have sold at lower (but still higher than retail) prices.

It’s unclear how many and which Starbucks locations are carrying the Halloween-themed cups, so fans looking to get their hands on the glitter tumbler or skull mug should run to their nearest store as if they were being chased by zombies.