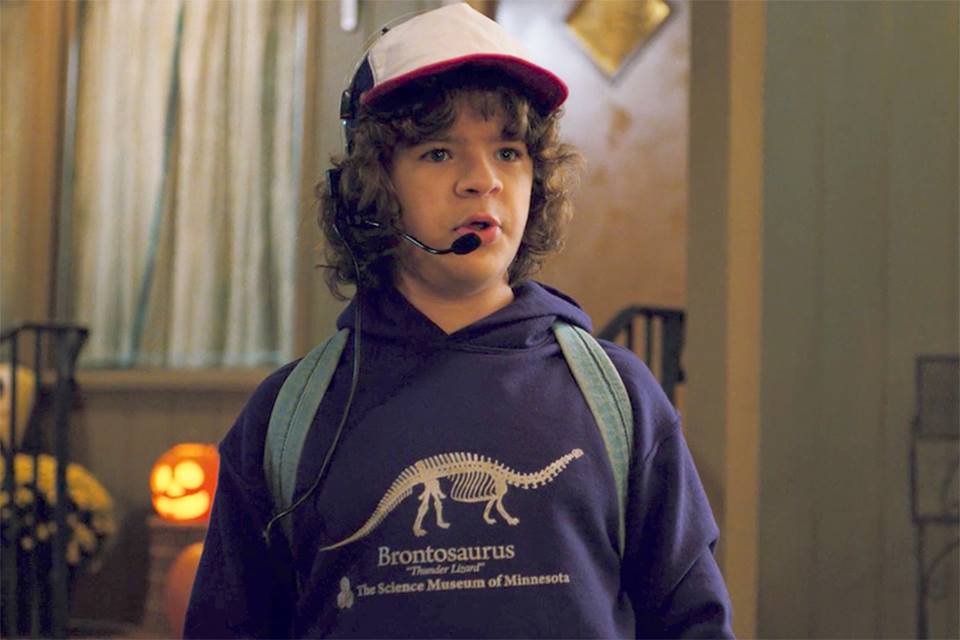 Have you finished the second season of “Stranger Things?” No? OK, we won’t spoil anything, but we are going to discuss it a little bit here. In the first episode of the season, the character Dustin is wearing a sweatshirt with a dinosaur skeleton that his character supposedly got from the Science Museum of Minnesota.

Viewers (aka me) saw that and thought, “Wow, that’s a cool shirt. I’d wear that.”

Apparently, the real-life Science Museum of Minnesota has received a few suggestions from fans of the show and of dinosaurs (like me!), and have started working on recreating the shirt for sale in the future.

Apparently, according to Cinema Blend, the museum had absolutely no idea they’d get that exposure on the show, so this is a nice surprise way for them to create even more interest in the museum and draw new business.

It’s also a really smart way to have people sign up for a newsletter. And, by signing up for their newsletter, they’re signing up to receive a physical T-shirt in the future, which they can wear, therefore advertising the museum.

The museum might not have planned for this all to happen, but they are absolutely capitalizing on it in the best way.

You know what they say: When life gives you free advertising, create more opportunities for advertising! (That’s how it goes, right?)