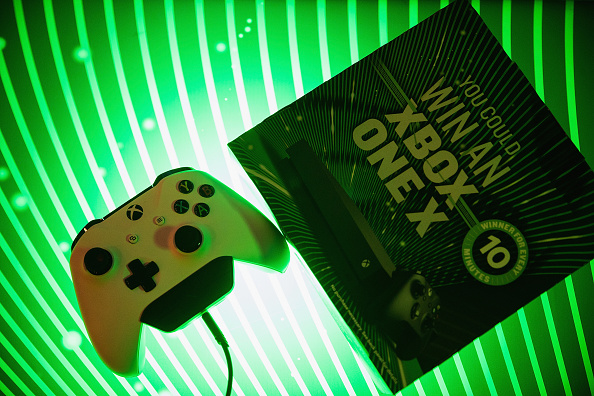 Thanks to its partnership with Microsoft, Taco Bell is marrying two of our loves through an Xbox One X Platinum Limited Edition Bundle that features co-branded packaging and a special function that plays the the fast food restaurant’s famous bell-ringing tone when users press the power button.

In an amazing example of instant gratification, Taco Bell and Microsoft, whose combined branding icons appear on the Xbox, are awarding a console every 10 minutes and promise to place them with the victors within 72 hours.

Unboxing video is now live if you want to check it out! @Xbox @tacobell #TacoBellxXbox ??https://t.co/1rbPu7pfoF

The gaming system has struggled to sell as many units as its competitors, so perhaps this promotion could draw attention to its offerings. Taco Bell and Microsoft certainly wish to do that through what The Verge has deemed an exclusive “monochromatic design scheme” that meshes with an elite wireless controller and three months’ access to Xbox Game Pass and Xbox Live Gold. We know that many folks are on tight budgets, but we recommend that all taco devotees try to cull some cash together to have a chance to secure this limited-time-only pairing of Taco Bell’s popular menu item, which comes with the titular item, a crunchy taco, cinnamon twists and a medium drink, and Microsoft’s now-five-year-old entertainment option. Those who do not wish to purchase the box can still end up victorious, so no matter whether end-users have a hankering for Tex-Mex-inspired selections, they could find themselves hearing this sound just like their hungrier peers.