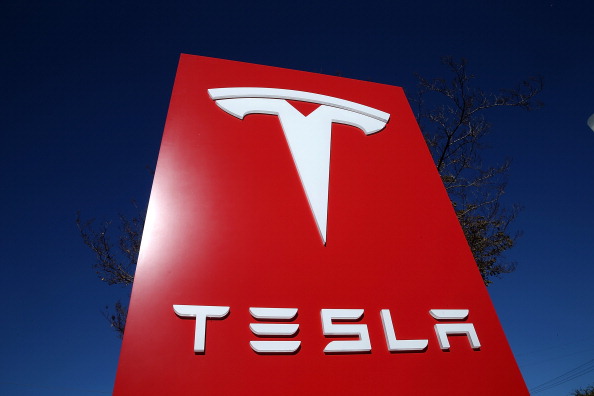 Elon Musk has not only revolutionized the way we look at cars. Through his various companies, he’s done a lot of work to change the way we look at just about everything: space travel, train systems and, yes, branded merchandise. Musk’s business ventures have brought us promotional “totally not flamethrowers,” surfboards and more, and usually the items fly off the digital shelves.

Apparently, that popularity extends to Tesla employees, too, who want to get in on a piece of the branded action and show off some of the cool stuff their employer makes. They got their chance when Tesla set up employee-only pop-up shops at its Sparks, Nevada Gigafactory in an event the company called “Merch Madness.”

According to CNBC, the event was created to try to soften the blow of a fiscal quarter that ended with company-wide layoffs and store closures.

CNBC reported that the discount sale included a “Tesla Corporate Jacket” for $48 instead of $175 and Tesla caps for $6 rather than $30. It also included some items that were never available online, such as a semi truck T-shirt for $9, a leather Corsicana tote bag for $102 and touchscreen gloves for $28.

Tesla staff reportedly get employee discounts on merchandise all year, but the steep discount offered during this event was beyond the typical price slash. Employees told CNBC that they used it as an opportunity to get gifts for friends and family in addition to shopping for themselves.

The popularity of Tesla merchandise is surely no surprise to anyone who frequents this website. We’ve commented on Musk and Tesla’s incredible vision for merchandise campaigns to the point where some readers are probably sick of seeing the Tesla logo or Musk’s face.

But we’d be remiss to not mention this story, as it supports our long-held belief that creating original, creative promotional merchandise that people actually want to use, as Musk has done repeatedly, will create a brand identity superior to almost all of the competition. The hype can turn a company that makes cars into a luxury home goods (or surf goods) company. The logo alone is so sought after that even the people who work to build its profits want to show it off.