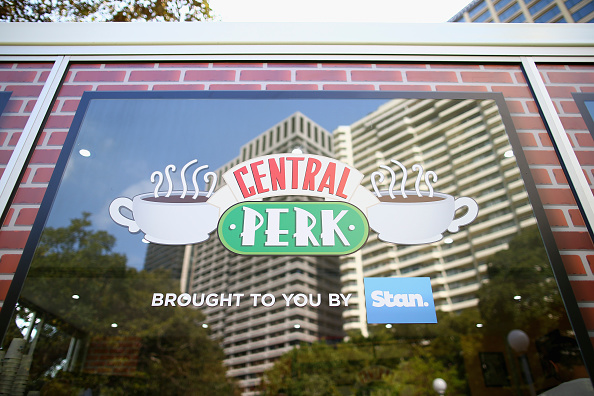 This year is proving a monumental one for NBC television shows that are celebrating impressive anniversaries, and today brings an opportunity to tout “Friends,” which the fashion retailer Primark is commending for turning 25 via a themed café that will make passersby pivot and enter not only to enjoy coffee but to score some branded merch.

Could we BE any more excited?https://t.co/ga4WoSc7Cs

September 22 marks the actual silver jubilee for “Friends,” but Primark is acknowledging the program’s legacy more than three months in advance, with a June 12 opening for the space. The destination for those who fell hard for the Ross, Monica, Chandler, Rachel, Phoebe and Joey will reside within the Manchester, England store that had been Primark’s largest retail space until April. Therefore, visitors to the site will have a spacious opportunity to geek out on all things “Friends”-related, and this website will gladly play the part of momentum builder.

While Primark, especially through a statement offered by director of new business development Tim Kelly, is hoping that the placement of the café will bolster fashion business within the overall Manchester location, “Friends” fans will likely be more enamored with the idea of paying sole allegiance to their favorite show. Over 236 episodes, the sitcom helped to catapult its regulars to stardom, with the sextet still earning very nice paychecks more than 15 years after the Warner Bros. Studio-produced show’s finale.

Having already opened a Disney Café in Birmingham this year, Primark is definitely gaining traction in the experiential marketing realm. While the cast members will not be present (or at least we have not read that they will be) to make their loyal supporters feel even more fortunate, the whole “Friends” café concept will certainly be a hit across the pond. One might find it odd that such an anniversary tribute to the show is not set to drop in the U.S., but the program has come to enjoy immense success in the U.K. Just in time for the summer, the store could prove a must-see spot for Americans who aim to head across the Atlantic Ocean and who just have to have a branded towel, backpack, socks, cap, door hook, phone case and much more in honor of their New York City-situated laugh inducers.

It’s also a nod to the ever-growing power of experiential marketing, particularly through pop-up shops and limited-time events, as a means to move branded merchandise. Nutella, for example, gave away personalized custom jars of the hazelnut spread at its retail stores, where it also sells a variety of other merch. And, for last year’s World Series, Adidas dropped a pair of merch vending machines in Los Angeles and Boston to help promote a new line of shoes.