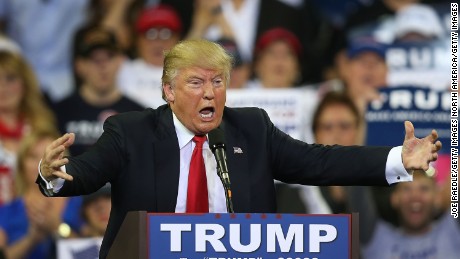 The 2016 election season is heating up… literally. An anti-Donald Trump protest turned violent in Albuquerque, N.M., according to KRQE-TV, with protesters stealing and burning thousands of dollars in Donald Trump political merchandise. According to Richards, protesters were able to break through police barricades to ransack the vendors’ merchandise.  “I’ve been doing these political things since ’92. That’s probably the scariest moment I’ve ever had,” he said. “We ended up having to get out of the area and leave our tables.”

Businesses in Albuquerque have donated $12,000 in reward money to arrest the violent protestors responsible, and the Albuquerque police have already made three arrests last week with more promised.

Political campaign merchandise has the power to divide voters, but it can also unite voters. Here are some of our top picks for political merchandise. (Pro-tip: Keep away from fire-wielding protestors.)