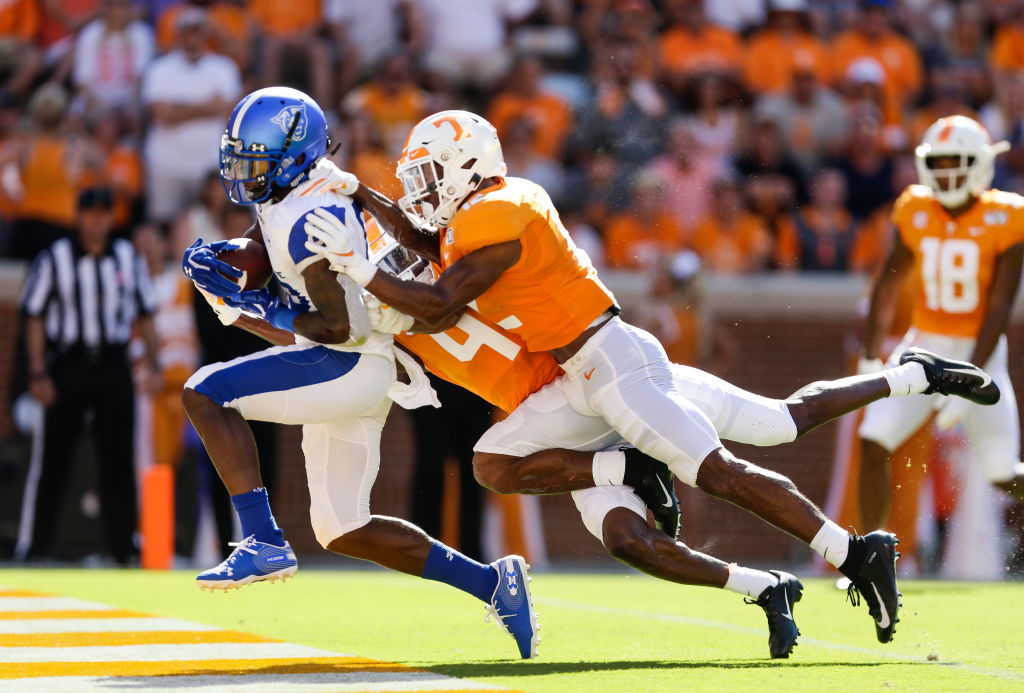 A fourth grade student in Florida wanted to show support for his favorite team during “College Colors Day” at school, but didn’t own any official University of Tennessee gear. So, showing some industriousness beyond his years, he whipped up a custom-made U of T shirt by drawing the logo on paper and pinning it to an orange shirt he had at home.

He told his teacher about his creation just about every day leading up to College Colors Day. But, once he got to school that day, his mood shifted after some kids in the cafeteria made fun of him for the hand-made shirt.

But little did he know that he was about to create a marketing sensation in Knoxville.

“He was DEVASTATED,” his teacher wrote on Facebook. “I know kids can be cruel, I am aware that it’s not the fanciest sign, BUT this kid used the resources he had available to him to participate in a spirit day.”

The teacher, Laura Snyder, wanted to cheer her student up by buying him an official UT shirt, and asked Facebook friends if anyone had ways of making the gift “extra special.”

As these stories tend to do, this went viral almost immediately, and the university caught wind and sent the student a pretty awesome care package.

9/13/19 – My student has definitely felt the love and support from people all over the world. It has been such an…

“As a marketing and fan experience guy, I love the creativity that he showed there, and it got back to us and got back to the football team, to campus here, to the Vol Shop,” Jimmy Delaney, associate athletics director for fan experience and sales at the university, told the Daily Beacon.

Here’s where the story really gets good, though. It wasn’t just that the university sent a young fan an assortment of Vols gear. It went a step further and created an official T-shirt with his original design, and announced on Twitter that a portion of the proceeds from the shirt sales would be donated to an anti-bullying nonprofit.

Share in a Florida elementary student's Volunteer pride by wearing his design on your shirt too! Pre-order today for a late September expected delivery. A portion of proceeds from every shirt sold will be donated to @STOMPOutBullyng .https://t.co/NdnTtYREFL pic.twitter.com/OeTZvgC09Y

So, take that, bullies. This kid is responsible for one of the most creative T-shirt designs for a college sports powerhouse.

“I’m not even sure I can put into words his reaction,” Snyder wrote. “It was so heartwarming. My student was so amazed at all the goodies in the box. He proudly put on the jersey and one of the many hats in the box. All who saw had either goosebumps or tears while we explained that he had inspired and touched the lives of so many people.”

When they told him that his design was being used for an official shirt, his “jaw dropped.”

“He had a big smile on his face, walked taller, and I could tell his confidence grew today!” Snyder wrote.

Oh, and before you ask. Yes, the T-shirt was pretty popular. Demand was so high for the hand-drawn U of T shirt that it crashed the Vol Shop servers.

Thank you Vol Nation! Currently, our website has crashed due to the overwhelming support! We are working on the problem. Once the server restarts, we anticipate the issue to be resolved. #GoVols #EverywhereUT pic.twitter.com/8s8aOAEKAl

This is about as heartwarming as it gets, folks. Even bitter conference rivals can’t deny this kid’s creative streak and winning attitude. At the rate it sold out online, the hand-drawn T-shirt design could become a tradition for Vols fans for years to come. It’s easy to let some negativity squash confidence, especially at that age. So this move by Tennessee to not only restore a kid’s confidence but boost it in such a huge way is great to see.