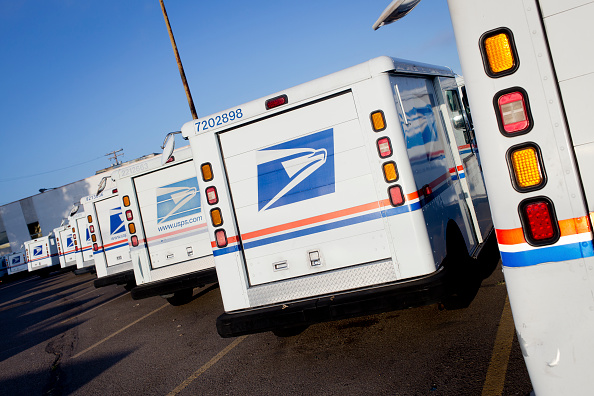 Why USPS Pulled a Branded T-shirt From Its Online Store

In the print and promotional products world, some design mistakes stick out like sore thumbs, while others require inspections that would make ophthalmologists proud of the folks who had discovered them. Thanks to the U.S. Postal Service (USPS), it seems we have an example of the latter, as an observation by Harry Lehman, a retired government aerospace engineer, led the agency to remove a T-shirt that he contends features a Soviet airplane.

Any Cold War aviation buff would have noticed it: The U.S. Postal Service has been selling a commemorative U.S. air mail T-shirt emblazoned with a Russian airplane. USPS says that's not a Soviet-era airliner, but take a look for yourself:https://t.co/bcd4BEQQL1

Right now, the mere mention of Russia makes many people uneasy. Perhaps that is why the USPS, based on Lehman’s input, pulled the T-shirt from its website. Why else would it alter its apparel offerings? In his article on the matter, John Kelly notes how Lehman, upon receiving the gray T-shirt through the USPS online store, also noticed that it bore the text “United States Post Service”—rather than “Postal Service”—underneath the plane.

That gaffe alone would probably have merited pulling the tee, but the aircraft controversy is what really cemented our interest. Lehman, who worked in aviation for 33 years, is pretty confident that the T-shirt shows a Soviet Tu-114, a renowned airliner from the late 1950s until 1976 and the civilian counterpart to the Tu-95, a bomber. That would mean, according to the Washington Post, that the USPS felt it OK to sell “a shirt emblazoned with a plane of our Cold War foe.” Wondering whether anyone vetted the design, the author relays that the USPS offered to refund Lehman’s money and take the shirt back, but the buyer rejected the outreach.

Kelly also received an email from a USPS rep, which read:

“The T-shirt image was selected by a private third party vendor, not the U.S. Postal Service, using stock imagery and was not meant to be reflective of any specific aircraft model. The plane in the design is an interpretation of a commercial airliner. It could be the vendor was looking to use a variation of [a] stock image of a Douglas DC-4 Skymaster which actually carried U.S. Mail and was depicted on a 1946 U.S. Air Mail stamp. The Tupolev Tu-114 has nothing to do with the U.S. Postal Service. The wing shape and angle are different when comparing the two planes.”

This seems like a lot of consternation over a generic stock-art airplane. Although, like we said, the shirt also had a pretty glaring typo. In any case, it didn’t stop Kelly from ordering two of the shirts for himself as keepsakes before they were removed from the USPS site. Lehman won’t be returning his shirt, either.

“I told them no way. I’m keeping this shirt,” he told the Washington Post. “It’s far from a low-end T-shirt, in terms of how it’s put together. But the artwork’s just bad.”