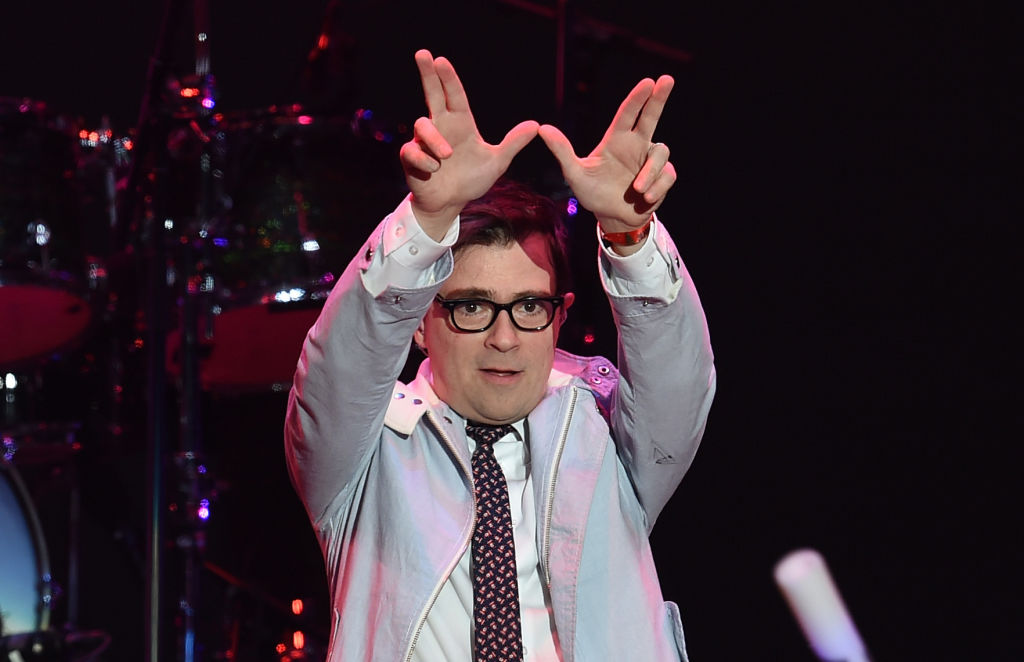 To celebrate the release of yet another color-themed album (this time it’s black) Weezer leaned into band leader Rivers Cuomo’s love of metal and created one of the best merch store gimmicks from a band we’ve seen in quite some time: the Black Metal Hub.

It’s as if the guys in Weezer sat around and thought, “What can we make black and sell as official merchandise?” There are T-shirts, of course, but they did more than just create another cookie-cutter shirt. The long-sleeve tee is in the style of just about every other heavy metal band (it’s black, has vaguely Satanic imagery and a weird font) and there’s a black denim jacket (because duh), but there are some other fun options.

Remember how we reported that bands were getting into that whole coffee-as-band-merch thing? Weezer is joining, but going all out on the wordplay with “The Darkest Roast” coffee, which comes with coffee mugs. There’s a disposable camera, which seems pretty normal other than being black with the Weezer “W” logo. There’s a supposed “lifetime supply” of Weezer sharpies (black of course). There’s a mood ring that’s black all the time, because apparently Weezer knows we all describe our current state as “fear, nothing, angst, serious, overworked, stormy, depressed. Intense—you know.” For those Weezer fans who choose to remember the “Red Album,” there’s “Pork and Beans IRL,” which is exactly what it sounds like. The beans come in a black jar, and I believe they are, in fact, black beans.

Somehow, through clicking, we keep finding more as we write this, like black sand and a “Bill Nye-Approved Black Slime Recipe.”

If you can believe it, there’s more. No one in a position of power told the band to stop when they were kicking ideas around, apparently, but unlike with “Raditude,” it paid off this time.

Here are the two items that really stand out, because they are extremely rad:

The Black Album Stratocaster, a real-deal Fender Stratocaster completely blacked out and adorned with the Weezer logo and the lightning bolt symbol Cuomo had on an iconic guitar strap. 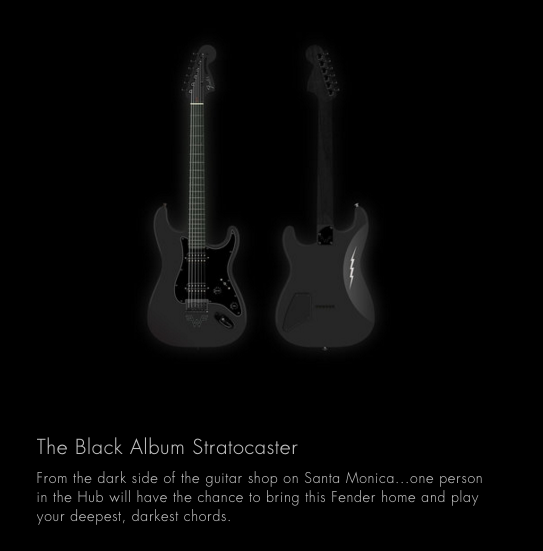 Finally, quite possibly the best band-related promotional item we’ve ever seen (and we’ve seen a lot): The Weezer Black Belt.

Our relationship with Weezer is difficult. There are quite a few albums we choose to forget, but many we revere and will defend to the death. Whether or not the Black Album is “good,” according to whichever approval metric you prefer, isn’t really relevant here. What’s crystal clear (or not, because, you know, black theme) is that whoever is in charge of Weezer’s merchandise is a genius.

Maybe it was Rivers himself. We wouldn’t be surprised. He’s a big, smart Harvard man after all.