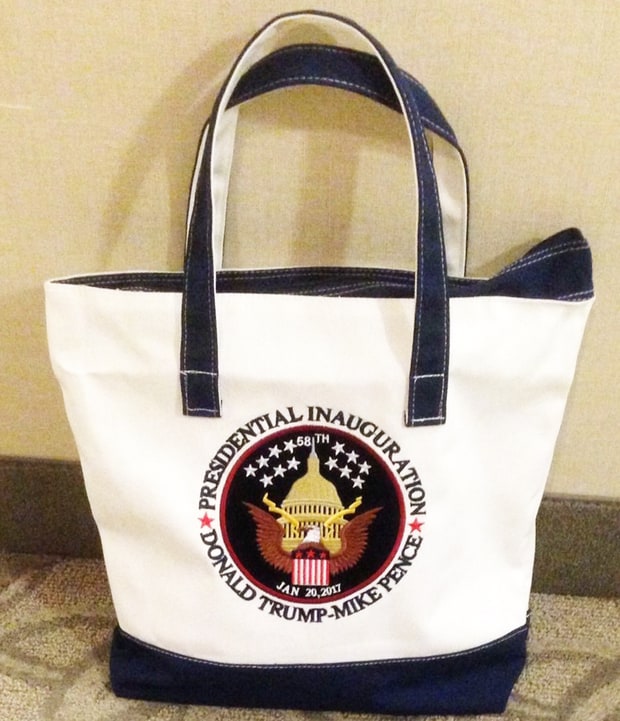 We all know Donald Trump is no stranger to branding. His presidential campaign was heavy on branding efforts, like signage and his trademark caps.

So, it makes logical sense that attendees at the inauguration ball received some branded products in a gift bag. Thanks to Us Weekly, we got to see what was inside without having to don our tuxedos. (Although we never shy away from an opportunity to tux up.)

All nestled in a canvas tote featuring an inauguration emblem, attendees received a special “Make America Great Again” hat with Trump’s signature embroidered on the brim, a White House keychain, a fake $100 bill with Trump’s face on it, a button that says “I Was There” and a gold inauguration pin. Attendees at the inauguration ball received an assortment of Trump-themed products in this tote bag. (Image via Us Weekly)

One attendee also told Us Weekly that they received a round-trip airline voucher to fly anywhere in the U.S., a copy of one of Trump’s books, bumper stickers, a rubber bracelet, a towel and more.