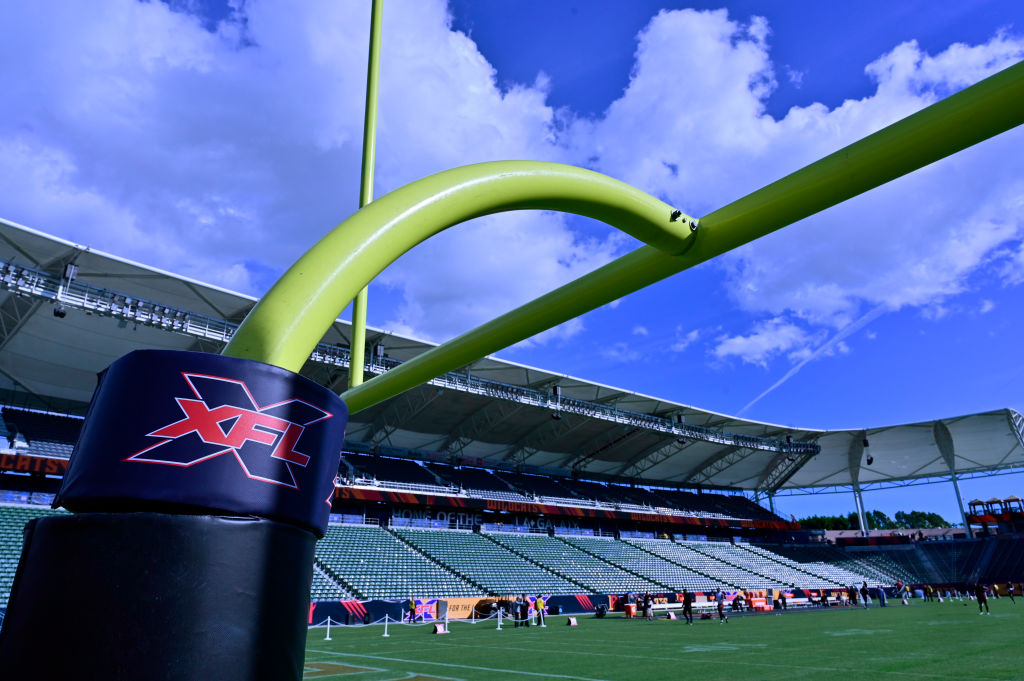 What Will Happen to All of the XFL Merchandise With the League Indefinitely Suspended??

XFL fans, we’re sorry the league folded. We’re all living in a world without sports right now, but the XFL was getting some serious hype as an alternative to the NFL and new fans were jumping on the bandwagon every week. (I liked Houston because former Temple quarterback PJ Walker).

But then, as quickly as it came, it disappeared once again due to the financial implications of the COVID-19 pandemic. While other sports put their games on hold indefinitely, the XFL did the same but without the promise of returning.

With the growth in popularity came impressive merchandise sales, as even fans far away from their adoptive teams’ hometowns were buying apparel, or even just some XFL gear to show their love of this (sort of) new league.

But, now that the XFL is once again a thing of the past, what happens to all of that merchandise? If the league printed anything specific to the canceled championship, that’ll probably either be recycled, end up in a landfill or sent to people in need.

All of the scenarios are actually pretty similar to what happens with political merchandise, which we’ve explored in the past. So, with that in mind, let’s look at a few likely scenarios.

The thing that’s immediately interesting is that the league isn’t immediately liquidating all of its merchandise. Some shirts are on sale here and there, and a few are sold out, but other than that it’s business as usual.

So that leads us to one possibility: The league and its teams are braced for a sale to a new owner, and they’re keeping the merchandise stocked in case it’s all still viable when that happens. This is just like merchandise for candidates like Kamala Harris who kept their branding non-specific to time or campaign in case they use it down the road.

If the XFL starts up again next year, the D.C. Defenders and Seattle Dragons can pick up their merchandise plan without a hitch.

This Is The Last Of It

Some items are sold out, and they might stay that way. If that’s the case, the items will be instant collectors items once they are gone. They’ll be mementos of a time where we had another NFL league. One with the quarterback who played at your school while you were there. One that you could enjoy in the springtime. One with much less concern over CTE and other physical ailments that affect professional football players.

The stuff that is on sale indicates that they’re clearing house, but the sales aren’t quite “everything must go” level, so we’re not sure exactly. But, there’s a big red message on the XFL online store that says “all sales are final.” So, it might really be history.

It’s Going to End Up Somewhere Else

Like political merchandise with time-sensitive branding, or the stuff they make for the losing team in the Super Bowl, a lot of the XFL leftovers could end up as donations to needy people.

Since the news of the XFL folding is so recent, and there are mixed messages about its future, it’s too early to tell exactly what will happen with all of those Tampa Bay Vipers shirts.

Commemorative league-specific items like XFL can coolers are gone, seemingly for people who want to remember the league or keep it as an ironic beach accessory for years to come.

We reached out to every team, as well as the league, to see if there was any plan for merchandise going forward, but never heard back from any of them.

So, for right now, what’s online looks like it’ll be the last relics of a league that folded before it hit its prime. That is, unless, we see it again someday.