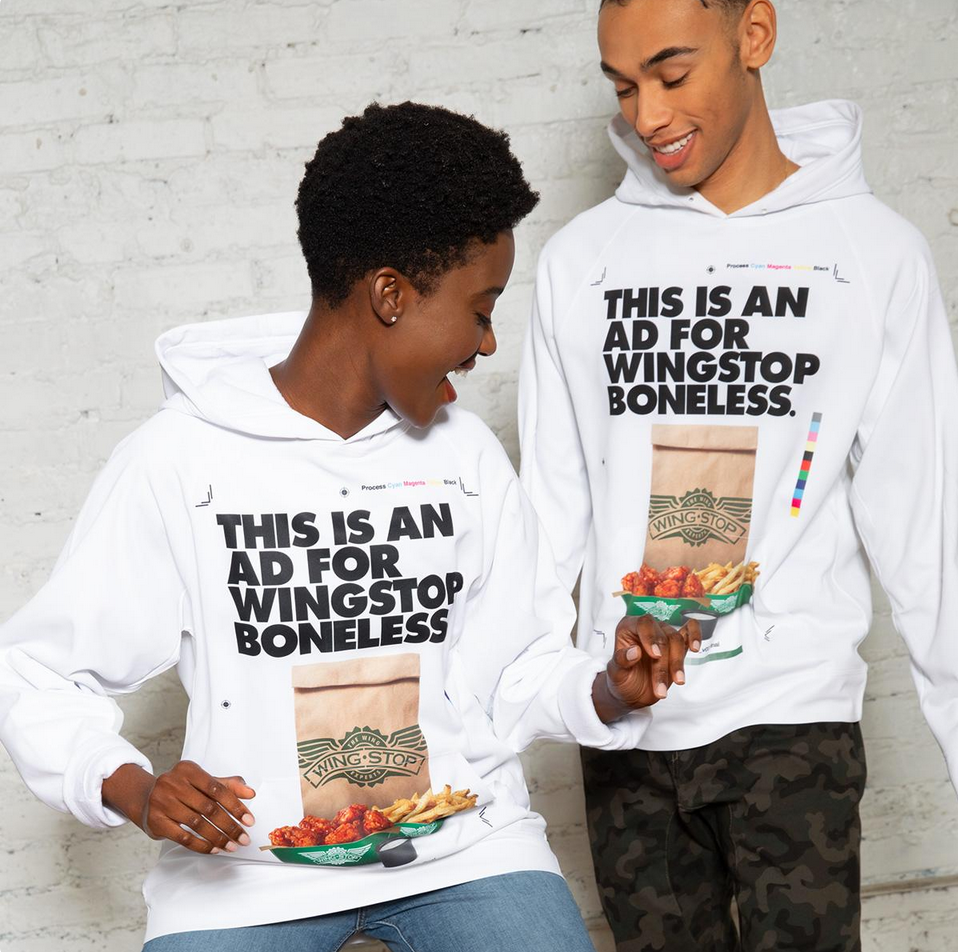 We often say people are “walking billboards” when they’re wearing promotional products. Sure, it’s a tad reductive, but it’s also pretty true. Wingstop knows this, and isn’t trying to put on any airs about what its new line of promotional sweatshirts are.

The best part is that these walking billboards might even get some cash for their time.

Wingstop Wearable Billboards are finally here. Get the merch you get paid to wear. But get it fast, limited quantities available. https://t.co/nN0zUdBfGY #ThisIsAnAdForWingstop pic.twitter.com/dquNY4PCQ9

Unfortunately, all 1,000 of the shirts got claimed fast. Based on when these two tweets came out, it looks like they sold out in a matter of hours.

That was fast, we're officially sold out of Wingstop Wearable Billboards. Keep up with what our fans do while wearing them, you never know where this flavor is gonna show up next: #ThisIsAnAdForWingstop pic.twitter.com/coeWalgcar

This promotion gave users a genuine incentive aside from the free merchandise. Ten bucks is a drop in the bucket for a company like Wingstop to pay for advertising costs, and is much cheaper than hundreds of actual billboards.

This is funny, self-aware and actually serves its advertising purposes. The built-in hashtag for social media posts, with which people can post pics until April 30, creates even more brand visibility longevity, so Wingstop really nailed this one.

Not every fast food or fast food-adjacent brand hits the mark. Sometimes they try to be cool without a hint of self awareness, and it comes off as very glib and “how do you do, fellow kids?” Some go too hard with the self-awareness and it just seems cynical. To borrow a phrase from Goldilocks, this one from Wingstop is “just right.”

They cut to the chase, said “let’s see this for what this really is,” and made an ad. They told people it was an ad with just enough of a tongue-in-cheek blasé attitude. They even let people get in on it by paying them for what was clearly marked as advertising, in addition to them getting the sweatshirts for free.

That’s a win for everyone.