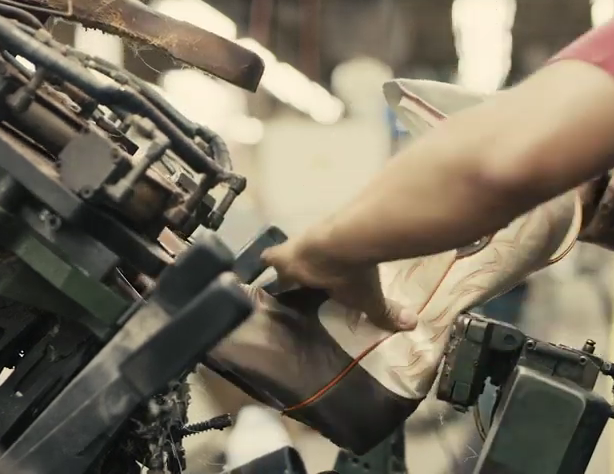 Whataburger turned 69 in August, but the fast food restaurant chain has not decided to be a curmudgeon, thanks especially to its recent run of humorous tweets. With most of its locations in Texas, the company is certainly catering to its local admirers through the release of limited edition cowboy boots that enhance the beloved burger chain’s standing in the promotional products world.

Thanks @RandyRogersBand for being the inspiration! Custom Whataburger boots are now available online! https://t.co/qYG1SNf1Jk

And here’s a link to the women’s boots! https://t.co/tXa3iU5lOn

That is not to say that someone must have an address in the Lone Star State to enjoy the result of Whataburger’s collaboration with Justin Boots and country singer Randy Rogers. Like with most goods, the footwear is available to anyone who wants to engage in brand awareness and is comfortable with spending $249.99 per pair. That price tag speaks to the perceived value of the boots and the regard for the chance to look stylish. As is the case with many products, the items went through a crazy amount of steps to end up becoming the likely envy of every other footwear novelty.

Much like the logo of the Washington Nationals makes many people think of Walgreens, the symbol for Whataburger has often led us to call the WWE to mind, but whoever wears these boots will not be up for wrestling, that’s for sure. The lucky—not to mention financially sound—individual who slips on the pride of Texas manufacturing will be too busy fetching compliments to ponder such a physical endeavor. We can, however, see that person doing some square dancing or roping some cattle.

The existence of these boots should come as zero surprise to anyone who has followed what businesses, especially those in fast food, have been doing in promotional marketing. Apparel has tended to be the go-to item for many food-based companies striving for more renown, so perhaps Whataburger, whose fans still might be undergoing a bit of culture shock since its June majority sale to a Chicago investment banking firm, could give garments the boot as a shoe in for promotional distinction.